Wire: The Art of Moving Forward 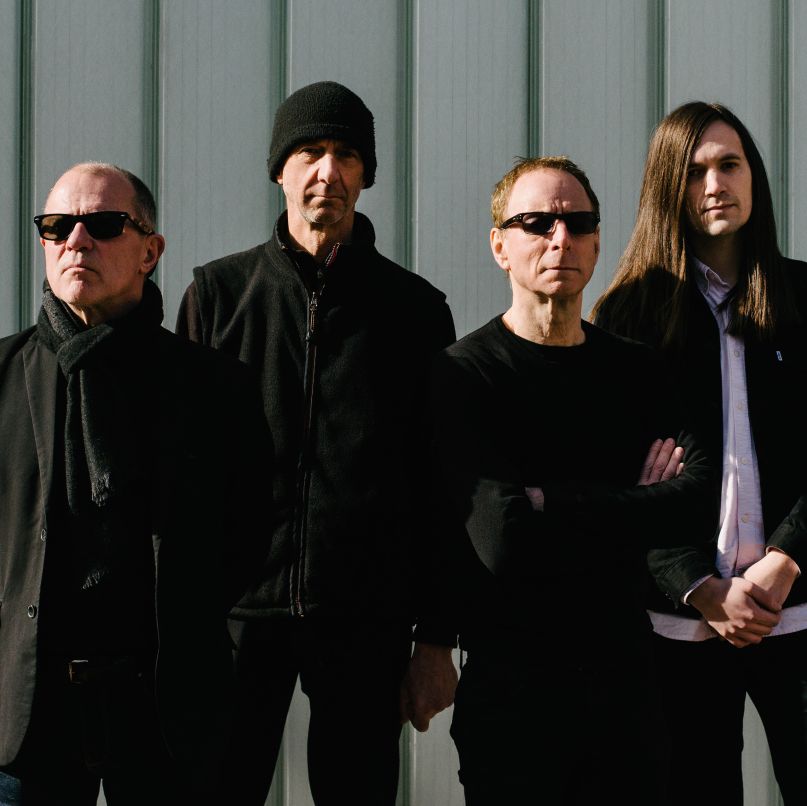 Component is a section of Aux.Out. for one-off pieces, special editorials, and lost orphans of the music discussion. Today, Robert Ham speaks with Wire’s Colin Newman about keeping his project fresh after nearly 40 years of on-and-off activity with a new, self-titled album.

With a few notable breaks along the way, Wire has been a going concern for four decades. As any band would during that length of time, the post-punk quartet’s sound has shifted and adjusted, morphed and mutated to fit the interests of its core members (vocalist/guitarist Colin Newman, bassist/vocalist Graham Lewis, drummer Robert Grey, and guitarist Bruce Gilbert).

The short, slashing tunes of their 1977 debut, Pink Flag, gave way to the spacious, synth-infused explorations of 154 just two years later. The Ideal Copy, the industrialized album the band released in 1987 following a six-year split, slowly melted into the drum machine-heavy nuevo-pop of 1990’s Manscape.

The work that has marked Wire’s third official stint together, starting with their Read & Burn series of EPs in 2002, wrestled with the notion of older men playing rock music, paying heed to the past while still attempting to move beyond it, and responding to a culture that seemed to be running on fumes with agitated playing and clenched teeth.

Through every permutation of the band — including the 1993 album The First Letter, released under the name Wir following Grey’s departure, and their current lineup featuring Matt Simms in place of Gilbert — there has remained a tangible quality sitting at the core of this pulsing amoeba, an intensity coiled tightly around even a song as catchy as their 1989 single “Eardrum Buzz”.

“I don’t think a lot of people will think of it like that,” says Newman. “I think people will think it’s wildly different. But it’s a very, very good point and one which I’ve made myself. We can sound more electronic, more rock, more pop, more psychedelic, or more sludgy. But I think it always sounds like Wire.”

That is, in some way, why the band decided to give the album the simple title of Wire. It’s a move that generally suggests a kind of resetting of the gears, a move to brace fans for a new direction. In this case, the decision by the band to self-title their 13th full-length feels more like an assertion of this album’s identity.

Though some were workshopped during the band’s recent tours, many of Wire’s 11 songs were created from scratch in the studio, with the four men building off of ideas that Newman would bring to the sessions. This is Wire circa 2015 in its purest form, and the songs reflect that, distilling the various interests of the four men into a thrumming, electric mass.

Their approach to psychedelia on “Sleep Walking” reveals the dark undercurrent of that scene’s ‘60s origins by putting melting guitar drones and the honk of a processed Farfisa organ behind the song’s turgid drive. An arpeggiated synth flutter helps lift the rambling near-power pop of “High” off the ground. And “Joust and Jostle”, the first track released to the world earlier this year, slightly tempers the convulsing feel of The Ideal Copy with a more restrained vocal performance by Newman and warm electronic gurgles.

In one sense, this is a new Wire. This is the first album of wholly new material conceived with Simms. The 28-year-old joined the band in 2011, first as a touring guitarist in support of their Gilbert-less album Red Barked Tree. And while he did help Wire record 2013’s Change Becomes Us, that album consisted of material that was originally written for the live shows captured on 1981’s Document and Eyewitness.

“There is something about the way Matt fits right in,” says Newman. “It’s not forced. Nothing is forced in Wire. If it was forced, it wouldn’t work. It’s just a very organic way of coming together on a piece of music, which mainly doesn’t involve a lot of discussion.”

Wire’s long history has also been marked out by an unwillingness to look backward for long. It goes beyond the simple musical evolution of the band. Their concerts feature only a light dusting of older material. When I caught the band in 2002, their set list was made up almost completely of material from the Read & Burn EPs, with “Lowdown” thrown in at the end like the final twist of a knife. Recent shows have found them working in renditions of “Map Ref. 41ºN 93ºW” and “The Drill” but otherwise sticking to the new stuff. If they engage with their past recordings in any marked way, it’s through the series of archival releases they’ve put out via their own Pinkflag label.

“We’re not a heritage band,” Newman insists. “We don’t want too much heritage. To be a cover band of yourself is probably the worst way for any group to fall into. And that’s so easy to fall into. You are no longer young, and you just stand there and look like a bunch of old men trying to sound like they did when they were young. That’s kind of the worst place. I’ve seen plenty of that. It doesn’t really cut it, you know?”

Previous Story
A Year in PUP, or How to Become a Buzz Band in 365 Days
Next Story
May I Have This Dance? Belle and Sebastian on the Beauty of Getting Old
Popular
More Stories
[fu-upload-form form_layout="media" title="Submit Your Photo"][input type="hidden" name="ugc" value="1"][/fu-upload-form]