The 24 Karat Influence of Stevie Nicks 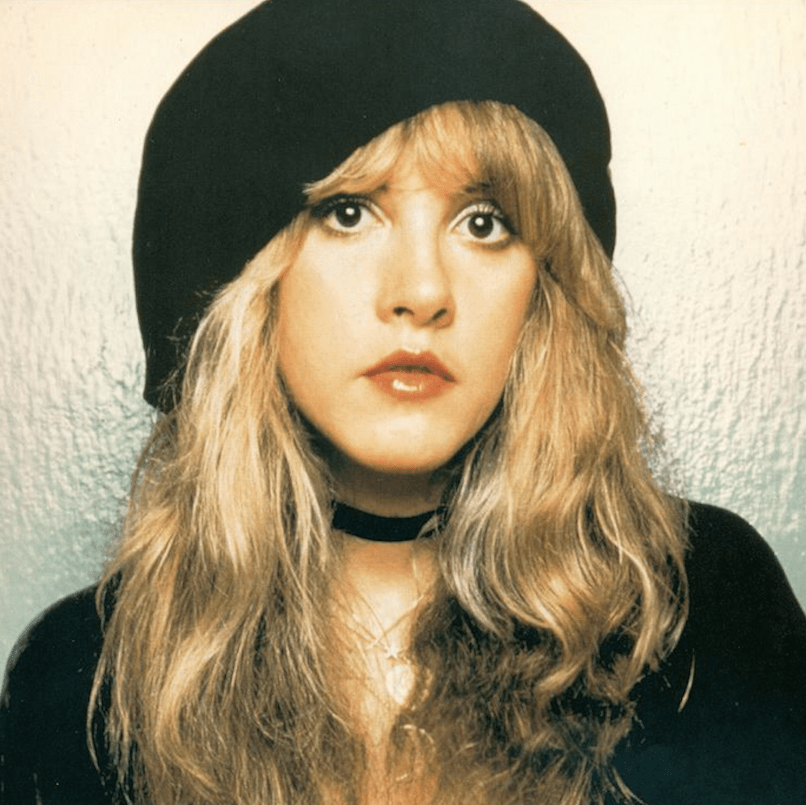 Component is a section of Aux.Out. for one-off pieces, special editorials, and lost orphans of the music discussion. Today, Alejandra Ramirez discusses the personal experience she has had with the music of Stevie Nicks.

The first song I got drunk to was “The Chain” by Fleetwood Mac. After a few beers, I was dancing around a table with my cousins during Buckingham’s solo in some inebriated stupor. Since then, it’s been one of my favorite songs. But it really wasn’t the solo that got to me; it was the voices. They sounded tortured, vulnerable, and indulgent. They were deeply relatable. The quiver of disgust and pain as Buckingham sings, “You will never love me again” is what drew me in, and Stevie Nicks’ hopelessness and desperation (“Chains keep us together”) left me wanting more.

As these things go, I went to Rumours, Fleetwood Mac’s magnum opus, next. After I heard “Dreams”, I was hooked. Undoubtedly Rumours’ showpiece, the laconic ballad served as a precursor of what was to come as Nicks’ eerie vibrato crept in, lamenting heartbreak and loneliness. Rumours was more than just an album; it served as the hallmark of my college life — uncertainty and loneliness marked with a few bouts of indulgences and excess.

Importantly, I know this experience isn’t exclusive to me. Released in 1977, Rumours also served as the soundtrack to my mom’s own college years. In the post-free love era, the Vietnam War and Watergate scandal tainted everyone, and cocaine took the place of psychedelics as a way of life. My mom was 19 and in her second semester of college when she saw Fleetwood Mac for the first time, a show at the El Paso Coliseum for their Rumours tour. “All I remember,” she says now, “was Stevie Nicks dancing around with her long, black dress; she almost looked like a witch, but a pretty one.”

Bearing no instrument but a tambourine, Nicks donned lengths of velvet ribbon, flowing from her black dress while seemingly undergoing an exorcism during her live performances; so it’s no surprise that she drew comparisons like this. While in Fleetwood Mac and even further into her solo career, Nicks sought out a new narrative among the girl rockers of her time. Unlike Janis Joplin and Nancy and Ann Wilson, Stevie Nicks had no investment in catching up with the male counterparts of her time. While her husky timbre and tales of women aligned her with the cock-rock giants, Nicks crafted stories about the enigmatic and mysterious powers of women (“Rhiannon” and “Edge of Seventeen”) that expressed a subtle and complex form of femininity. She definitely wasn’t innocent — she did cocaine and used other people — but she was wholly feminine. She was beguiling and sexy even under pounds of chiffon, lace, and velvet. There was always this weird mystery about her worth aspiring to, and her lyrics of getting hurt, independence, and breakups proved it. She was a woman who lived and endured.

Just as in Rumours, Nicks the solo artist continued to make a catalog consisting of truly timeless singles: “Edge of Seventeen”, “Stand Back”, “Leather and Lace”, and “After the Glitter Fades”. Stories of futile one-night stands, bouts of drug addictions, and unrestrained hedonism are layered with paradoxical emotions of love, lust, and pathos. There is a sense that one’s pleasure always comes at the expense of pain. That’s a dark prospect, but it’s the catharsis of those experiences that makes it bearable and her so understandable. While her songs, for the most part, are pop gems with a gilded gold sheen, beneath them lie something that is intricate, obscure, and delicate. These are songs that never go away. After 30 years, these stories still resonate and evoke certain nostalgia for a time when they meant something personal.

My friend David once told me that whenever he hears “Dreams”, he remembers that his mom would always listen to it as she sat drinking, lamenting her breakup with her husband. He didn’t cry, but his eyes began to water, and it was beautiful.

In cases like these, most would say the main goal here is accessibility, but it wasn’t the type of generic let’s-just-get-filthy-rich-and-make-catchy-songs type of accessibility. In Bob Boilan’s piece on NPR, rock from the early ’70s and the early ’80s was mining new territory. You had the cultural zeitgeist of David Bowie, the DIY punk kids of Television, the weird eclecticism of Talking Heads, and on and on and on. That time was marked with some intellectual stuff, and Nicks strayed away from that. Her music is deeply personal, cathartic, and intimate. It’s shamelessly emotional, nearly indulgent, and confessional. Since Rumours, and now with 24 Karat Gold: Songs from the Vault, Nicks’ modus operandi has always been simplicity: simple lyrics and simple melodies. It’s not game changing or really innovative, it’s just perfect pop songwriting.

It’s through identification and empathy that Nicks has connected with so many people. Anyone can deeply connect to her songs and find a story of themselves in her stories of love and loss. Even her newly released material — particularly “The Dealer” and “Mabel Normand” — continues to prove this. On the surface lie saccharine melodies and sun-glazed guitar harmonies; it sounds sentimental and cheesy. But underneath is a cry of hopelessness and redemption. “I was the mistress of my fate,” Nicks croons sadly, knowingly, only in a way that she can reminisce on heartbreak: “If I’d looked a little ahead, I’d run away.”

As she released her newest album, 24 Karat Gold: Songs from the Vault, last week, it was difficult not to buy into the cultural icon of Stevie Nicks as a songwriter. While some categorize her into the easy-listening rock pabulum released in the late ’70s, there’s no denying the raw emotions felt on each record, and each song is a testament to how each emotion is just as relevant now as it was 30 years ago. From forlorn musings like “Dreams unwind, love’s a state of mind” (“Rhiannon”) to the disparity of her drawling, “First he took my heart, then he ran” on “Stand Back”, Stevie Nicks’ music proves that despite her glamor and fame, she was a lot like us. She experienced love and hate, anguish and bliss, and every span of human emotion in between. And while many may claim her music is tainted in the past, we don’t hear her in the context of the time in which she made her music, because we don’t need a context. We never really listen to her; we listen through her.

Alejandra Ramirez is a writer in San Antonio. Her work has been featured in Complex, Prefix, and The Current. She tweets.