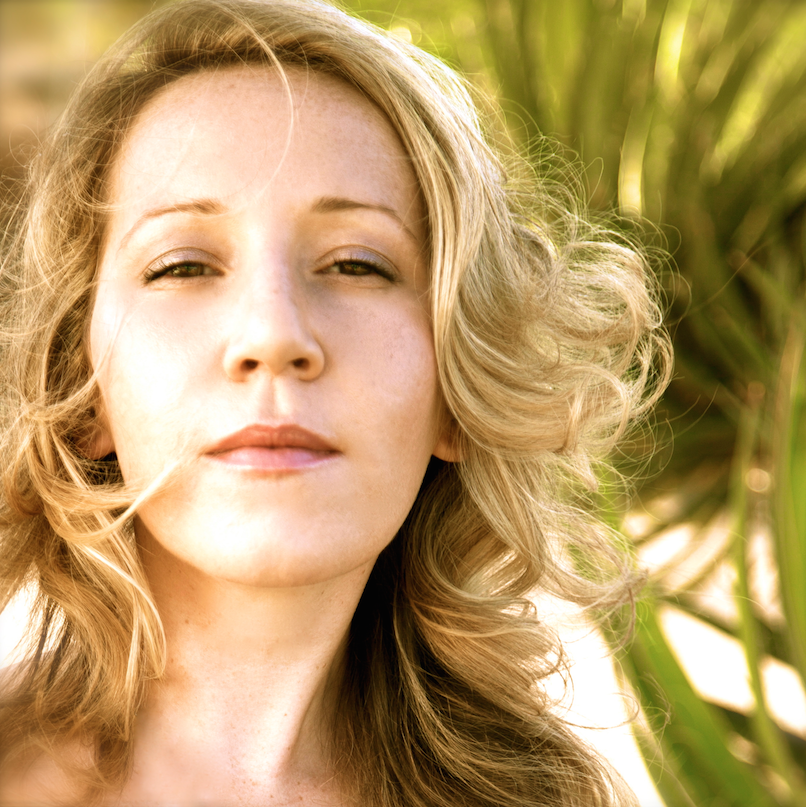 The Day Room is a column by Philip Cosores featuring stories from the music industry that shine a light and brighten the corners.

When I first spoke with Melissa Sweat in 2011, I know I was a different person, and it’s safe to say she has also changed a lot since she released her debut album, Mantic. Back then, I was editing a site called Beats Per Minute, and she was one of the first handful of interviews I had ever done — and certainly the first I ever connected to personally. During our evening Skype call last month, some three-plus years later, with her speaking from her newish residence of Joshua Tree, California, we recall that first introduction, sparked by her reaching out at a time when she did her own publicity, similar to how this new interview came about.

“It’s such a trip to think … I remember our interview. I remember where I was when we were talking on the phone. I totally remember,” says Sweat, who records under the name Lady Lazarus. “I totally remember thinking this is just so bizarre to be doing this, to be talking about music and to have anyone be interested in what I’m doing. Even now, it’s still kind of the same way. It still doesn’t seem real in some ways because in all honesty, it isn’t. I’m not at that level just yet. I feel like my music could reach further.”

This is funny, because in the last three years, her music has reached so much further than she first imagined. Her work has been reviewed by Pitchfork and CoS, seen premieres on Stereogum and Spin, and she’s been featured in Interview and LA Weekly. But she’s right — it could go so much further. Her second album, last year’s All My Love in Half Light, may not have been a breakthrough to a wider audience, but it allowed her to tour, to work on another album (expected in 2015), to continue. One song in particular, “Wonder Inc.”, was the closest thing to a traditional pop-based tune that she had ever released. But, even now, it is tough to say if it was an oddity or a vision of the future.

“My process is so organic, and I’ve never tried to force it one way or another,” Sweat says. “I’m definitely not trying to do something that is more pop. It all just happens. ‘Wonder, Inc.’ was just a natural progression of experimentation and teaching myself, because all I’m doing is exploring this instrument and seeing where it goes. It’s the same for this new work, and I feel if you like ‘Wonder Inc.’, you’ll like some more songs on this new one because they’re taking more of that shape. But not in a way where I’m saying, ‘Hey, I want to write some pop songs, really make some money.’

“This is just where I’m going,” she continues, “And it’s hard for me to pinpoint why? The person I look up to the most these days is Tom Waits. He does a lot of what I do; they call it vamping. I just learned this term. But it’s where you kind of have a steady groove, and you repeat it. And my music is very repetitious. Waits combines that then with traditional songs, traditional pop structure, but they’re very him, and they’re very singular. What I love most about Waits, besides the melody and the gorgeousness, is his singularity. He’s an unrepeatable person. That’s always where I want to come from as an artist — my own weird perspective. So I really try to hold fast to that, yet I feel like I’m growing in some nice ways on this new work.”

Sweat has bounced around over the past several years, beginning in Central California, spending time in Savannah (Georgia), then the Los Angeles neighborhood of Koreatown, and now Joshua Tree. If you’ve seen the recent episode of Sonic Highways about Los Angeles, you’re familiar with this beautiful desert region. Maybe you’ve heard the U2 album that takes its name from the place and the literal tree that grows there. It’s an area that makes its mark on the sounds of artists that work there (and is partially responsible for the aesthetic of Queens of the Stone Age), but Sweat isn’t a rock star in this mold. Still, she seems to adore the quiet of the country.

“It is the country,” Sweat says. “We sit on the porch all the time, and it’s really fucking quiet here. It’s weird. There’s hardly anything around. The backyard has an unobstructed view of the mountains, and it’s beautiful, but I feel like I’ve been having … I don’t know if it’s because of my age or whatever, but I feel like I’ve been having a lot of revelations because I don’t have the same distractions that I did in the city. Basically why my boyfriend and I wanted to move out here was because we wanted to get away from the distractions; we wanted to focus on writing and art making and creativity and also just have some peace. It’s been lovely. It’s completely different.

“I was in the heart of Koreatown, then I moved down here. I remember almost having shell shock at first because of the absolute quiet and beauty. There’s really so many things I could talk about when it comes to Joshua Tree. It’s sort of a wild thing to do at the same time. There’s a lot of people who move out here from L.A. Really it’s hard to say again if it’s my age, but different things that have come around in my life at this time. I think it is also the place I’m in now emotionally as well as the physical place. It’s definitely allowing me a certain peace of mind and a distance to deal with some things that I’ve been needing to deal with and to solely focus on what I’m doing with music right now. I don’t think I’m a city artist. I’m not someone who really needs to be a part of a scene. I certainly had some nice opportunities come up when I was in L.A. That’s not really what my project is, so I can really be anywhere. So I’m very happy to be out here now.”

Of course, the region isn’t the only thing making Sweat happy. She is in love. And not the passing, whirlwind type. She is deeply in love. When she talks about her boyfriend, you can see it in her eyes. She lights up and smiles and seems, well, just really happy. The look is contagious. It makes you want to fall in love. It’s enviable.

“At some point you realize when something isn’t working for you,” Sweat says, “And you’d just like to do something different in your life. I made a conscious choice to basically not be with anyone and wait. It kind of opened up this space where I could wait for good people to come into my life. I wasn’t necessarily looking for a boyfriend or lover or this and that, but what ended up happening was I moved back to L.A. from the Bay Area the summer before I put out All My Love in Half Light, and I ended up reconnecting with an old friend from college. Back in the day we were intimate and were really close, but it just never worked out. I reached out to him when I got back to L.A. to see if we could hang out as friends, and we just hit it off, and he made it really clear that he wanted to be with me in a relationship, and maybe a few months later we started dating.

“It was not expected at all,” she says, “And I really feel like I’ve been learning in my songwriting process. It just sort of came about randomly when I was 25. When I write songs, they really help me understand so much more about what I’m going through in life, much more than I can understand sometimes on a conscious level. I’ll write a song, and I’ll cry about it, and I’ll suddenly realize I was harboring these feelings I didn’t know were there, or I need to confront something that I didn’t know I needed to deal with, and that’s what sort of happened with the last record. It was almost like a miraculous thing that this opened up in my life, and I was able to really know what I needed as a person, and then this great person came into my life, and we’ve been together since.”

And this is where Sweat is, finishing preparation on her third album, so excited to share it she can hardly stand it. Whether or not it lives up to her hopes, or her fan’s hopes, remains to be seen. But the foundation is there. The ingredients for an artist to take a next creative step are there. It sounds like Lady Lazarus knows what to do with them.