A violinist embraces the orchestral spirit 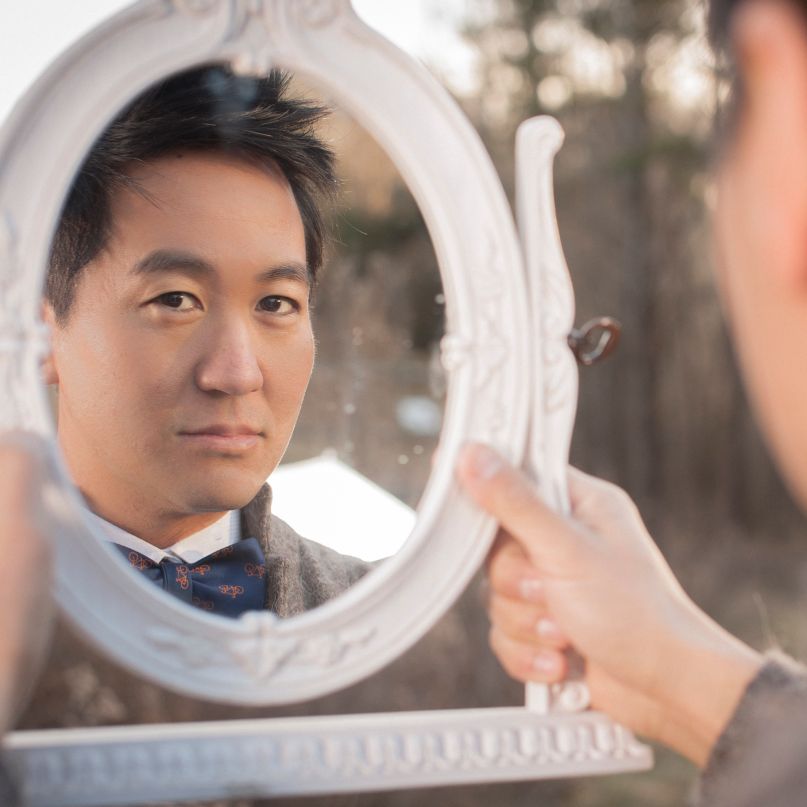 Component is a section of Aux.Out. for one-off pieces, special editorials, and lost orphans of the music discussion. Today, Gabe Rosenberg speaks with Kaoru Ishibashi, aka Kishi Bashi, on touring with a string quartet and where his music fits in the greater orchestral scheme.

“Kishi Bashi with Strings” seems like a redundant billing for a musician who has built his career making pop music with a violin. At his recent appearance at the Georgia Theatre in Athens, GA, however, the 39-year-old Kaoru Ishibashi replaced his usual rock band with a 21-person string orchestra, comprised of advanced students from the nearby University of Georgia. It was a different atmosphere than most of his concerts.

“I didn’t bring my confetti cannon,” Ishibashi joked. “Maybe I could have pulled it off.”

An occasional touring companion of his fellow Athens-based band Of Montreal and founding member of the group Jupiter One, Ishibashi has been performing solo as Kishi Bashi for a number of years, releasing his first album, 151a, in 2012 and its follow-up, Lighght, in 2014. The latter debuted at #52 on the Billboard 200 chart, but when I saw his sold-out show last June in New York’s Bowery Ballroom, he was more elated about the fact that his synth-fueled, dancey single “The Ballad of Mr. Steak” had become a Top 40 hit — in Japan.

The song — an absurd, pun-filled story of dancing with a piece of meat (“Mr. Steak, you were Grade A!”) set to lush violin before the disco beat kicks in — is indicative of Ishibashi’s appeal. Like his violin-rocking contemporaries Andrew Bird and Owen Pallett, Ishibashi builds his songs from loops, both on record and in concert. Where Bird incorporates folk and bluegrass and Pallett leans into moodier, baroque sounds, Ishibashi instead goes full Technicolor. Light bow strokes on pizzicato and hand claps, with Ishibashi’s sweet soprano — singing Japanese lyrics mixed in with English — over top.

After a few years of performing by himself, Ishibashi hired banjoist Mike Savino, who performs as Tall Tall Trees, to join him in his live shows. A longtime friend of Ishibashi’s (they played together in a jazz fusion band), Tall Tall Trees adds another voice and some serious shredding abilities, turning concerts — along with a drummer and bass player — into energetic, boisterous occasions. Recently, however, he’s been looking to switch things up again.

“I always thought a dance party is the coolest thing, but if you want to see the band, or if you want to be close, you have to get at the doors three hours before the band actually plays,” Ishibashi says. “It’s kind of insane.”

So, scattered among stops of his current tour, opening for Guster, Ishibashi has been performing select dates with a string quartet (but keeping Tall Tall Trees, of course).

“I abandoned the drums and bass and did a series of concerts in America and also in Tokyo where it was more of a chamber music sound with a sit-down audience,” Ishibashi says. “A lot of my songs have very orchestral textures; I was able to do stuff I wouldn’t normally be able to do with my band.”

Ishibashi had to adapt not only his style to the new environment, but also adapt the music itself. For that, he put to use his degree in film scoring from Berklee College of Music (he graduated in 1999).

“I studied everything,” Ishibashi says. “I know how to score for orchestra. I’ve done it once. It’s kind of a pain — there’s a lot of parts. It’s just something that’s always been in the background for me. And I did it for work, for many years for other bands, but I never did it for myself. This was the first time where I did a whole month, making about an hour of string quartet music for myself. Now I have this completely different show that I can do at any time.”

The quartet show — which he’s brought to such venues as the Palace of Fine Arts in San Francisco and the Aladdin Theater in Portland — ends up more like his solo violin performances, with added strings, than his rock band performances. He’ll set the beatbox and rhythm loops and then conduct in the strings (or have an orchestra conductor do it). There’s no looping of the quartet itself (“That would be a mess”), and unlike his live shows, there’s little improvising or soloing (“That would be a mess, too”). But writing, and then coordinating, the cues is enough of a challenge. It’s a rewarding one, though.

“I feel people love it, even if they’ve never heard it,” Ishibashi says. “It’s a very beautiful, luxurious sound. It’s a texture that I grew up with.” Songs like the swirling, sweet “Bittersweet Genesis for Him AND Her” (from Lighght) and the frantic “Chester’s Burst Over the Hamptons” (from 151a) just beg for reinforcements. How beautiful a tune like “Manchester” (also from 151a) might sound bolstered by cello, viola, and more violin than Ishibashi can conjure up with looping magic.

Audiences in the States, and even more so in Tokyo, were so enthusiastic about the results that, during the tour, Ishibashi recorded a live album with string quartet, which will come out sometime this year. He’s also hoping to write and record his next studio album with his full band, although that project is still in the ideas stage. The arrangement route just has an appeal of its own.

“The great thing about string quartets, or classical music in general, is that if you write it correctly, anybody in the world — even if they don’t speak your language — can read it and play it pretty much the same, which is pretty amazing,” Ishibashi says.

He seems to be aiming less for the New York Philharmonic (although that would be spectacular) than for a constituency that might truly appreciate the chance to try out his music.

“I’m going to send an orchestra arrangement out for middle school/high school kids to play,” Ishibashi says. “It’s a secret yet, but the prize is I’m going to go out and play a concert with the winning orchestra, something for their spring concert.”

Ishibashi says he’s planning to have competing groups upload videos of their performances of his arrangement to YouTube or a similar platform and pick one with the most excited and skillful performance. Sort of a Beck Song Reader combined with a Ben Folds Presents: University A Cappella!-type deal, except younger and cuter. He’s actually been spending a lot of time in schools recently, playing assemblies and working hands-on with kids elementary school-age and older. Usually it’ll work out where an organization will ask Ishibashi if he could lend his time, and if it works out with his schedule, he’s more than game. He played for the school his nine-year-old daughter attends in Athens and workshopped with the 10-18-year-olds of the Maine Youth Rock Orchestra.

“I’ve done master classes where they’ll come play me their music, and I’ll talk to them about performance aesthetics and overcoming performing anxiety and show them my techniques,” Ishibashi says. “They’ve all been really successful; people really like them. Especially assemblies: I can do beat-boxing and they’ll go crazy.”

More so, what makes Ishibashi stand out in the music world — a rock musician with a violin — makes him even more of an oddity to most orchestra students, who tend to stick to more traditional fair in their repertoire. And that’s due to the lack of supply, more than a dearth of demand. Even for programs such as MYRO, existing choices for half-decent sheet music tend to be few and far between. From personal experience, you can try the Turtle Island String Quartet arrangements, which are for advanced players only, and that’s about it.

“I feel like orchestra music — when I was in orchestra, there wasn’t much cool stuff. I mean, there’s like great classical music they can play. [The rock music] was all kind of dull, or you sort of rely on the bass player or need a drummer or something,” Ishibashi says. “I started realizing that a lot of string players look up to me, younger ones especially. Or I hear a lot of parents say, ‘Oh, my son just started violin because he loves you.’ Just letting string players know that this is an actual thing you can do that’s not playing in an orchestra. You can develop the violin as a songwriting instrument.”

Now that he has enough of a catalogue, Ishibashi is finding even more to appreciate in his orchestra roots. By next year, he wants to play with a full symphony, horns and percussion included, but bring his own twist. How he might notate beat-boxing is a mystery, though. “Basically, I’m not afraid of that performance space, where I know the audience is relaxed, and they don’t have to be dancing to have a great concert experience,” Ishibashi says.

And yet, he says, the audiences ends up on its feet anyways.

Gabe Rosenberg is a Pittsburgh writer going to school in Connecticut. He tweets.