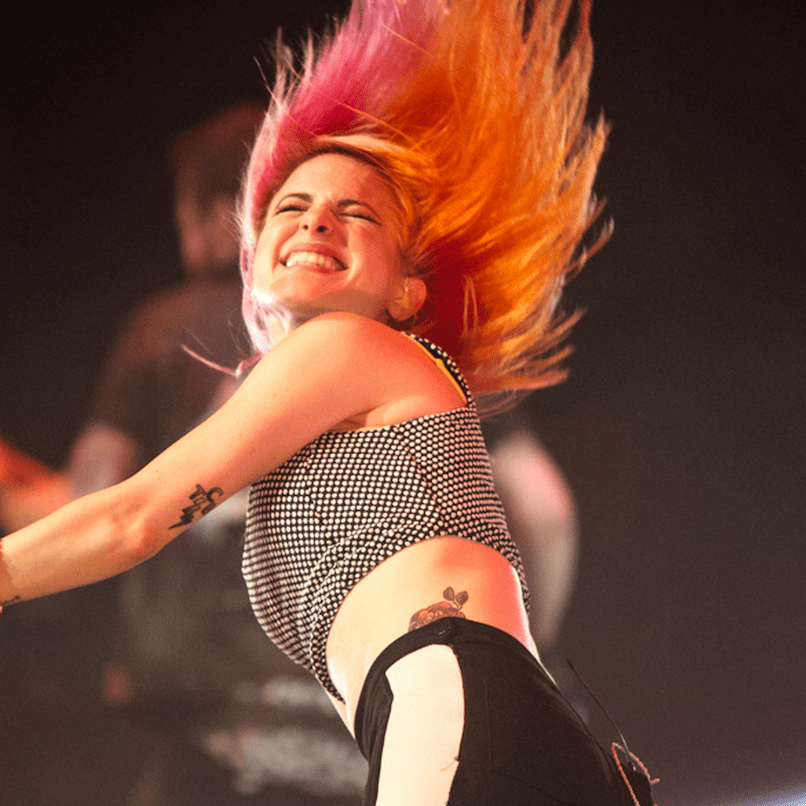 Component is a section of Aux.Out. for one-off pieces, special editorials, and lost orphans of the music discussion. Today, Sarah Kurchak investigates a question that many maybe didn’t realize needed to be asked: Is headbanging safe?

I’ve been a metalhead for slightly longer than I’ve been a Pilates instructor. In my time in the middle of that bizarre Venn diagram, I’ve found that the two worlds don’t have much in common beyond me and the words “hard” and “core.” The meaning of those words is wildly different depending on context. In music, it’s a sound and an attitude. In mind/body exercise, it’s a well-developed group of muscles that support the spine and internal organs.

But my inner Pilates instructor made a surprise appearance partway through my most recent metal concert — an impassioned, sermon-like Judas Priest show at a casino in central Ontario. A few songs into the set, I started to notice that my neck ached each time I threw my skull back on the upbeat. So, I started coming up with ideas that might help me prevent this kind of headbanging-related pain. Did I need to strengthen my puny neck flexors and try to build more balance in my neck muscles? Would better posture help? Should I adjust my form? Could I train myself to become a better (and safer) banger?

The short and totally un-metal answer is no.

The dangers of a good, solid session of headbanging have been well documented in articles and peer-reviewed papers for decades now, from the case of the 15-year old drummer who suffered an aneurism in his neck in the early-‘90s to the 50-year-old who developed a blood clot on his brain after attending a Motorhead concert earlier this year. Slayer frontman Tom Araya’s trademark headbanging and windmilling caused such long-term damage to his back that he required surgery – and had to give up headbanging entirely. The jarring activity has been linked to strokes, aneurysms, mediastinal emphysema, Headbanger’s whiplash, and potentially connected to dementia later in life.

Many medical professionals believe that there’s nothing inherently dangerous about the activity, including Dr. Ariyan Pirayesh Islamian, one of the doctors who treated the aforementioned Motorhead fan. But few are willing to argue that it’s completely safe, either.

As Dr. Islamian said: “We are not against headbanging. The risk of injury is very, very low. But I think if [the patient] had gone to a classical concert, this would not have happened.”

When I asked Nicole Dinn – a strength coach and nutritionist with experience in competitive weightlifting, working with patients who have sustained traumatic brain injuries, and musculoskeletal trauma, in addition to some years banging in the pits herself – if there were any exercises that she would suggest to help minimize banging-related injuries over the long term, she put it more bluntly.

“1. Not banging (lame) 2. Growing a pair so you can suck up the discomfort that headbanging will likely bring (appropriate),” she wrote in an email before moving on to a more serious pre-concert game plan.

Abstinence would certainly alleviate any risk, but asking metal fans to stop headbanging is maybe even less effective than expecting teenagers to remain virginal. It’s going to happen, and we need to be realistic about what we can and cannot do to make those experiences as safe as possible.

“If you’re going to headbang anyway, there’s nothing you can do about the brain injury side,” says Jane Clapp, a personal trainer and fitness writer who owns Urbanfitt in Toronto. “But you do have a bit of control over potential neck injuries.”

In terms of general metal health and wellness, Clapp recommends adopting a routine that works the deeper muscles of the neck.

“In the long term, generally staying in shape will help strengthen your back muscles,” Dinn suggests. “Doing exercises to activate the posterior chain and core are always a good idea. I personally prefer weightlifting because when done correctly, it promotes excellent spinal alignment, core strength, and hip/ankle mobility.”

In terms of pre-concert prep, Dinn recommends a warm-up: “You could do some mobility work pre-concert to loosen up the muscles around the upper and mid-back area. I use foam rollers and lacrosse balls to get to those hard-to-reach, ouchie spots. Keep these handy because you’ll probably want them after the concert.”

Clapp believes that a sober assessment of your body’s physical state is in order.

“A person could test their neck strength endurance so that they can determine how much they should be headbanging based on how strong their necks already are.”

Also, because drugs and alcohol have the potential to dull any metal-related pain at the time of injury, she thinks a little pre-planning before you pre-game might be helpful. Determine your headbanging style, form, and range of motion before you begin to imbibe, and try to stick to that plan as well as possible when you’re under the influence of illicit substances and heavy fucking metal.

All of the preparation and cross-training in the world won’t save you if you’re not willing to change the way you headbang in the heat of the moment, though.

“The rapid and aggressive flexion-extension coupling that occurs at the cervical spine during headbanging is similar to a whiplash injury mechanism,” Dinn says. “There’s even a term for it – headbanger’s whiplash. So outside of just chilling at a concert, which would be really fucking boring, you’re probably going to have a stiff neck after the metal show.”

There are degrees of chill, though. According to “Head and neck injury in heavy metal: head bangers stuck between rock and a hard bass,” an epic, peer-reviewed paper published by the BMJ in 2008 that covers everything from an experiment that involved headbanging to Whitney Houston to an analysis of Beavis and Butthead’s headbanging technique, limiting the range of neck motion and reducing the speed of your headbanging can reduce the risk of injury and pain.

Dinn breaks the paper’s findings down like this: “It appears that one can endure either high frequency or high amplitude (i.e., big range of motion) head movements, but not both, lest you sustain a head or neck injury. So, if you’re going to insist on headbanging, slow or low is the key. Or slow and low. But not fast and hard.”

“If you’re just doing a big headbang all of the time, it loses its impact. But if you kind of keep the headbang small and then bring out the big one when you’re really feeling it, then it has more impact and looks more cool, anyway.”

She also believes that balance is also important.

“I would tell them to try not to headbang in a consistently asymmetrical way. You now how some people kind of go off to the side? If you’re going to do one side a lot, make sure you do the other side the same amount. Don’t try to create asymmetries by always going in the same direction.”

Uneven bobbing and swinging can have severe consequences. Take Tom Araya, for example. His headbanging-ending back injury involved a disc that bulged to the left side, which is a somewhat uncommon direction for this type of injury (they usually bulge backwards or forwards). Doctors told him that it was a direct result of his habit of always leaning to the right while he twisted his neck around in pinwheels.

The way that you use the rest of your body can also help to protect your neck and spine. Dinn suggests getting your legs into it and bending at the hips instead of the neck, which would minimize the strain on your neck and transfer the load of the movement to the hips and back. Clapp recommends headbanging with a balanced and activated core, using deep core muscles like the transverse abdominis, multifidi, and pelvic floor in tandem to support the spine as it absorbs the shock of a banging head and neck. She also believes that breathing from the diaphragm – much like any good metal singer – would be beneficial.

“When you exhale with your diaphragm, you get better deep core stabilization. So one thing you could do when you’re headbanging and you’re actually moving your head is to make sure you’re exhaling with a forward motion. When the diaphragm and transverse abdominis and multifidi and pelvic floor are all buddies, then your spine is safer.”

Or you could trade headbanging for a totally different form of physical expression at concerts, which is exactly what Dinn would do.

“Run around in the mosh pit. Sitting too long is bad for your health, and standing in one place too long can make your back tired. Best thing to do is be active and go jump around. It’s also good cardio training. You might get a bit bruised up, but be sensible about it. And if you hit the gym and get jacked, you’re more likely to prevent injury in said mosh pits.”

Sarah Kurchak is a writer from Toronto. She has previously been published in Spinner, Huffington Post, Noisey, National Post, and AUX. She tweets.