Fun Home: The Oral History of an Undersized Broadway Orchestra in an Underdog Broadway Musical 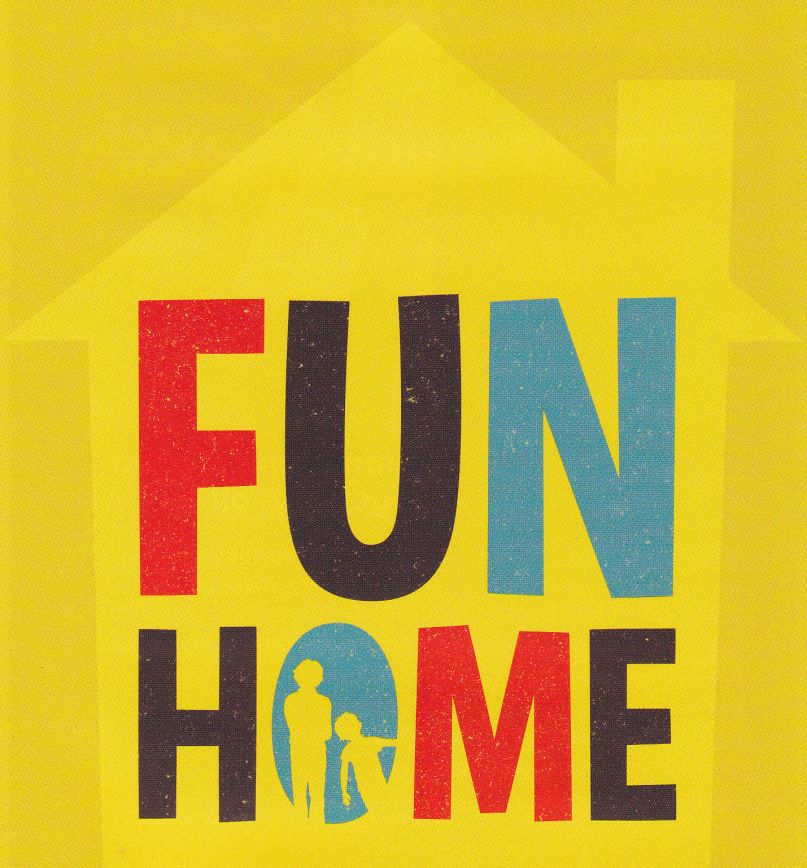 Component is a section of Aux.Out. for one-off pieces, special editorials, and lost orphans of the music discussion. Today, Rob Trucks goes inside the Broadway play Fun Home, nominated for 12 Tony Awards at this weekend’s ceremony.

Fun Home debuted Off-Broadway at the Public Theater on September 20, 2013, moved to Broadway’s Circle in the Square on March 27th of this year, and officially opened on April 19th. Its source material is the eponymous graphic memoir by cartoonist Alison Bechdel, who has since won a MacArthur Foundation “genius” grant. The musical begins in the Bechdel family funeral home in Pennsylvania and follows Alison to college where she discovers she’s a lesbian. She comes out to her parents by mail, then returns to Pennsylvania to learn of her father’s homosexuality, which just barely precedes his untimely death.

The play, performed in the round, and in and around and through present time, features three different actresses, Sydney Lucas, Emily Skeggs, and Beth Malone, as Small Alison, Medium Alison, and Alison respectively. All three have been nominated for Tony Awards for their roles. Michael Cerveris and Judy Kuhn, who play Alison’s mother and father, have also been nominated for Tonys, as have lyricist Lisa Kron (Best Book of a Musical), composer Jeanine Tesori and Kron together (Best Original Score Written for the Theatre), scenic designer David Zinn, lighting designer Ben Stanton, director Sam Gold, and orchestrator John Clancy. Fun Home has also been nominated for Best Musical, its 12th nomination, which ties An American in Paris for most Tony nominations this season.

In the metaphorical background, six musicians at the end of the Circle in the Square stage, plus a drummer seated well backstage, collectively create every note of Fun Home music. This is the story of how they got there, what they do, and how they do it.

Chris Fenwick is the conductor of the Fun Home orchestra, as well as its keyboardist. Fenwick grew up in Minnesota and this time last year was conducting Rocky at the Winter Garden. His favorite movie is All the President’s Men.

Antoine Silverman plays viola and violin at the end of the Fun Home stage. He is the only member of the current Broadway orchestra who was not a member of the Public Theater group (he was playing Spider-Man: Turn Off the Dark at the time), even though, as music coordinator, he helped put that band together.

Guitarist Doug Derryberry toured with Bruce Hornsby for 16 years and is thus a relative newcomer to Broadway. He lives in Brooklyn with his wife, two children, and recording studio.

Emily Brausa earned two degrees from Juilliard but has, on occasion, taken her cello into the world (she’s performed on three continents) and into the world of rock ‘n’ roll, playing with Beck and Ra Ra Riot, among others.

Originally from Vienna, Austria, George Farmer has been working in New York City as a musician for the past 20 years. He plays five different bass guitars within Fun Home’s 100 minutes.

The sound of Chris Reza’s solo English horn opens every performance of Fun Home. The Texas native also plays tenor sax, clarinet, bass clarinet, and flute within each show, and as many as four of those instruments in a single song. He is the composer of “Killing Mr. Softee”, which recently debuted at Symphony Space.

John Hadfield teaches at NYU, but when in Midtown, he plays percussion, including a full drum set, xylophone, and a literal ring of keys, in a black-walled room well behind the onstage action. As such, he is the only regular member of the orchestra not required to wear black for every performance. He follows the action by watching three video screens: one focused on the stage and two on conductor Chris Fenwick.