Clap Your Hands Say Yeah, Then and Now 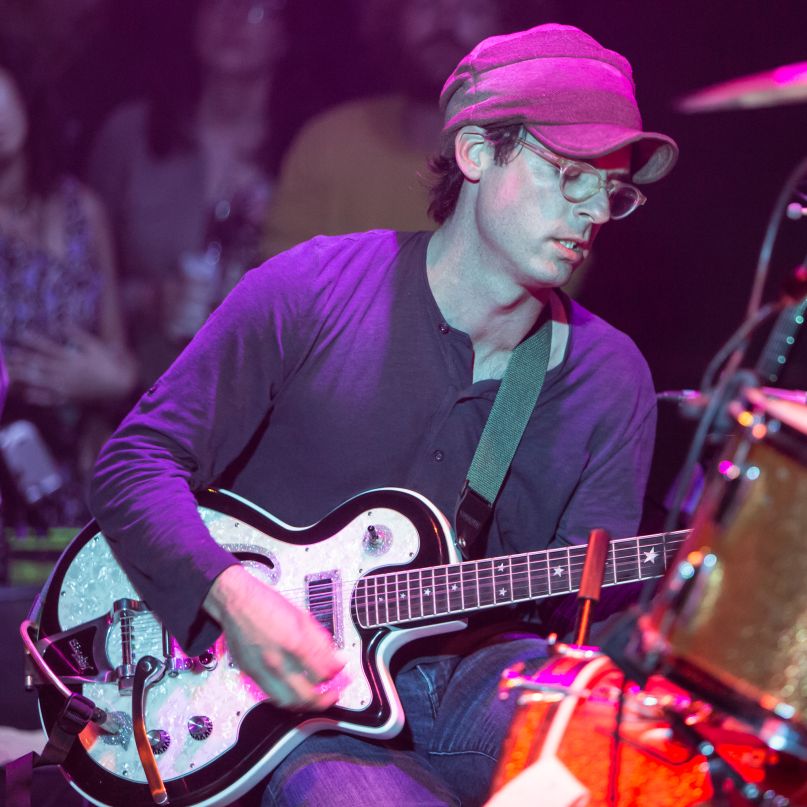 Welcome to Life Review, a live review section on Aux.Out that looks to expand beyond the access provided by a concert ticket. Today, Aux.Out. Director Philip Cosores sees Clap Your Hands Say Yeah perform their beloved self-titled album in its entirety, and recalls the experience of seeing the band 10 years earlier.

The aura that surrounded Clap Your Hands Say Yeah and their self-titled debut might seem a little silly in hindsight, but it encapsulated the era of 2005. The rise of music blogs enabled avid music seekers to discover artists that would have been difficult or impossible to find before, allowing for a band like CYHSY to earn devoted fans for their first visit to the West Coast, even though they were still unsigned and the only way to get their album was by ordering it directly from the band or downloading it illegally.

Logistics aside, there was also the sense that you were part of something special in the blooming indie rock scene. To many, a songwriter like Alec Ounsworth was above and beyond his contemporaries, someone who was obviously destined to churn out classics after his first album and who had plenty of room on the ground floor, as the band seemed to appear from out of the blog abyss. None of that actually happened; Clap Your Hands Say Yeah made some serviceable albums, with a few very good songs, but they never again captured the excitement of that first record.

In 2005, as weird as it seems now, indie rock still felt underground. It had yet to become as accessible as a Pandora playlist or a Spotify recommendation from a friend. Even with the blogs, you still had to look for it, and the investment you put in equaled what you could take away. The indie bubble was about to get big, but in 2005, “hipster” was hardly even a pejorative.

Of course, the fact that I was young at the time earns Clap Your Hands Say Yeah a special place in my heart. In 2005, I was 22 years old. I had just graduated college in Santa Cruz and was bartending full-time, making good money and blowing it on drinks and cocaine. I was having fun. And the night my friends and I drove to San Francisco to see Clap Your Hands Say Yeah open for The National at the Mezzanine was one of the better times I can remember.

That was 10 years ago. My memory is obviously hazy after a decade of other concerts, but a few moments stick out. One of the most amusing involves our failure to enjoy The National. At the time, The National had just released Alligator, an album that in hindsight I adore more than anything Clap Your Hands Say Yeah would ever make. But on this night, none of us were having it. We put Alligator on in the car, and after the first song, I made up my mind that The National had nothing to offer as a band. Ever. We came to the same conclusion after a single song during The National’s headlining set and promptly stormed off into the night to see friends and let the San Francisco night swallow us whole.

Little about the actual Clap Your Hands set stands out besides the fact that we adored it. We bought t-shirts and posters. We danced. But the night that followed stood equal to anything the band offered: the quest to find blow, doing it in bathroom stalls, ordering pizza in the middle of the night but being too wired to eat it, watching the sun rise from a San Francisco rooftop, driving back to Santa Cruz the next day and calling in sick to work from being too haggard from the night before. As potentially self-destructive as this memory may seem, it isn’t. That night epitomizes a period in time, just as Clap Your Hands Say Yeah does.

Ten years later at a sold-out Troubadour, moments of Clap Your Hands Say Yeah’s set still worked tremendously, even with a different backing band and a crowd that seemed less interested in experiencing the act nostalgically and more interested in checking out something they missed the first time. The band was to perform its debut album from front to back, but at a small venue with a relatively small-stakes act, nostalgia seemed like a silly concept. Frontman Ounsworth quipped that the venue was the same one they played the first time they were in California. He seemed as disinterested in waxing nostalgic as his fans.

What still stands out about Clap Your Hands Say Yeah is the songwriting. Gimmicky moments like opening song “Clap Your Hands”, where Ounsworth sings into a megaphone, or the tiny Schroeder piano on “Sunshine and Clouds (And Everything Proud)”, felt obligatory. They were important to the task of performing the album in full, but not inspired or even necessary outside the confines of 2005. “Details of the War” shone brightest, burning slower and more powerfully than on the album. Its big finish of Ounsworth blowing on a harmonica provided a legitimate payoff for the song’s heavy, dramatic build. The one-two punch with the band’s most beloved song, “The Skin of My Yellow Country Teeth”, allowed for a mini-run that felt much bigger than the Troubadour’s stage, bigger than the band’s current relegation in history.

Ironically, the concert’s other best moment didn’t come from the self-titled album at all. Immediately after the conclusion of its 12 songs, the backing band left the stage and allowed Ounsworth to perform solo for “In Your Alien Arms”. The song was the first of the night to take a drastically different turn than its recorded version, turning an already lovely, emotional rocker into a ballad. Even a band like Clap Your Hands Say Yeah, whose relevance is so trapped in a specific time and place, seemed most comfortable transforming their past into something new.

As much as indie culture was built on reviving and repurposing the past, simply rehashing it for nostalgic purposes just doesn’t fit, as straight throwbacks were always constructed with a backbone of irony. Fans at the time liked Clap Your Hands Say Yeah because they were looking for something new, something that hearkened back to early generations whose rock ‘n’ roll purity couldn’t be remembered via actual, lived experience. Fans of that band wouldn’t ever want to just relive their youth. They wanted their artists to grow with them.