by Eli Enis and Lake Schatz 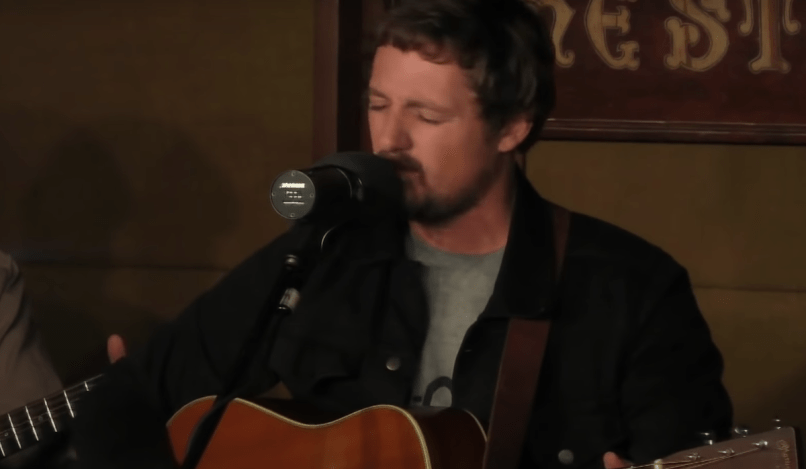 Sturgill Simpson closed out 2020 by releasing his first bluegrass albums: Cuttin’ Grass, Vol. 1: The Butcher Shoppe Sessions and Cuttin’ Grass, Vol. 2: The Cowboy Arms Sessions. Both records consisted of bluegrass versions of songs pulled from throughout his extensive catalog. One of those reinterpreted tracks is “Life of Sin”, and the Grammy-winning country veteran performed it on The Tonight Show Starring Jimmy Fallon on Monday.

“Life of Sin” originally appeared way back on Simpson’s stellar 2014 album, Metamodern Sounds in Country Music, but has been given new life reimagined as a bluegrass standard. Per NPR, Simpson had mostly “avoided the music growing up despite his grandfather’s proselytizing,” though he eventually circled back to the genre during his first year living in Nashville as a fledgling artist, performing bluegrass regularly at the city’s Station Inn.

The Cuttin’ Grass albums mark the first time Simpson has ever officially recorded bluegrass, but it’s apparent the music has had a lasting impact on his own sound all these years —  the two records represent a homecoming for him more than anything else. Fittingly, Simpson returned to the Station Inn for his Fallon performance last night. Watch the video replay down below.

Last month, Simpson rolled out Vol. 1 track “Breakers Roar” on The Late Show with Stephen Colbert. Outside of bluegrass, his Sound & Fury album from 2019 just received a Grammy nomination for Best Rock Album. He also recently slammed the Country Music Awards for snubbing the late John Prine during this year’s ceremony. (The snub was actually just one of too many dramatic moments to go down.)