UK rapper's new album TYRON is out next month 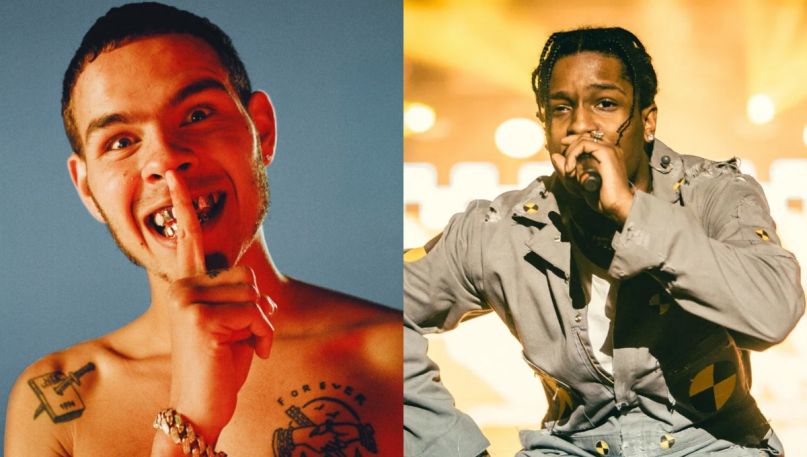 slowthai is kicking off the new year with a fresh track called “MAZZA” that features none other than ASAP Rocky. The collaborative single is the latest offering from the UK rapper’s upcoming sophomore album TYRON.

TYRON is divided up into two contrasting sections, one that’s aggressive and swaggering and another characterized by more introspective reflections. Today’s cut is off the former half and aptly comes out swinging. Indomitable, rumbling bass, co-produced by slowthai and SAMO, sets the stage for the two MCs to throw it down fiercely and fearlessly.

“Ayy, make the place look like a murder scene/ Ayy, when I make moves I’m a money fiend,” slowthai boasts on the chorus. I mean, who would dare stand in his way?

Update: Watch the official video for “MAZZA” below. Directed by frequent collaborators THE REST, the clip was shot over Zoom and finds the two rappers stir-crazy in separate hotel rooms, growing more paranoid and claustrophobic by the second. “A stifling desire to f*ck things up and get mental fills the air. A need for release from being captive in a space or your own head that we can all relate to in some part right now,” reads a statement.

TYRON arrives February 5th via Method/AWGE/Interscope, and was previously teased with “nhs” and “feel away” featuring James Blake and Mount Kimbie. The album follows slowthai’s Mercury Prize-nominated Nothing Great About Britain from 2019.