R.I.P. Gerry Marsden, Frontman of Gerry and the Pacemakers Dead at 78

The Beatles contemporaries achieved a string of No. 1 singles in the early 1960s 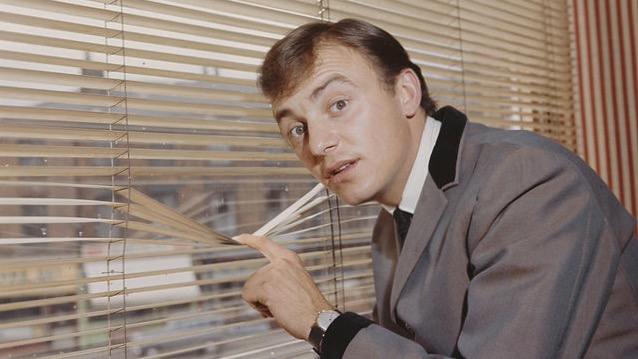 Gerry Marsden of Gerry and the Pacemakers, photo via Rhino Records

Gerry Marsden, frontman of Gerry and the Pacemakers, has died at the age of 78.

Marsden’s death was announced by UK broadcaster Pete Price, who wrote: “It’s with a very heavy heart after speaking to the family that I have to tell you the Legendary Gerry Marsden MBE after a short illness which was an infection in his heart has sadly passed away.”

Gerry and the Pacemakers were early contemporaries of The Beatles, as both groups hailed from Liverpool, were managed by Brian Epstein, and were recorded by George Martin. The Pacemakers’ career began with a fury in 1963, as their first three singles — “How Do You Do It?”, “I Like It”, and “You’ll Never Walk Alone” — all debuted at No. 1 on the UK singles chart. “You’ll Never Walk Alone” was later adopted by fans of Liverpool F.C. and became the team’s official anthem. The band’s biggest US single — 1964’s “Don’t Let the Sun Catch You Crying” — peaked at No. 4.

In 1965, Gerry and the Pacemakers starred in their own film, Ferry Cross the Mersey, which was billed as their version of The Beatles’ A Hard Day’s Night. Years later, the soundtrack’s titular theme found renewed success when Marsden re-recorded it with Paul McCartney to serve as a charity single in response to the Hillsborough football crowd disaster.

Gerry and the Pacemakers’ popularity in both the UK and US waned in the late 1960s, and the group disbanded in 1967. Marsden became a popular cabaret and children’s TV entertainer before reforming The Pacemakers with a new lineup in 1972. The group continued to tour occasionally up until the late 2010s, when Marsden announced his retirement from music.

In a statement posted to Twitter, McCartney said: “Gerry was a mate from our early days in Liverpool. He and his group were our biggest rivals on the local scene. His unforgettable performances of ‘You’ll Never Walk Alone’ and ‘Ferry Cross the Mersey’ remain in many people’s hearts as reminders of a joyful time in British music. My sympathies go to his wife Pauline and family. See ya, Gerry. I’ll always remember you with a smile.”