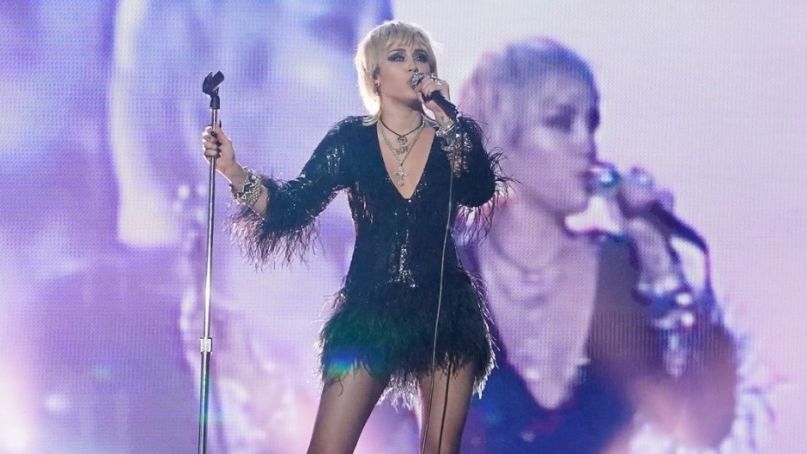 Appearing remotely from Los Angeles, Cyrus offered up the television debut of “Edge of Midnight”, the Plastic Hearts bonus track that mashes up her own single “Midnight Sky” with Steve Nicks’ “Edge of Seventeen”. Nicks was unfortunately absent for the New Year’s Eve performance, but her presence could still be felt through Cyrus, who successfully channeled the style and sound of Fleetwood Mac legend. Cyrus even went as far to wear a Nicks-inspired outfit.

Cyrus also ripped through the Plastic Hearts single “Prisoner”, and waxed nostalgic with a performance of her 2009 single “Party in the U.S.A.” Catch the replay below.

Cyrus’ Plastic Hearts, which was released in November, debuted at No. 1 on the rock albums chart.

miley cyrus performing edge of midnight tonight, the type of energy we need this 2021 🥂 pic.twitter.com/4nRTXjnsrC