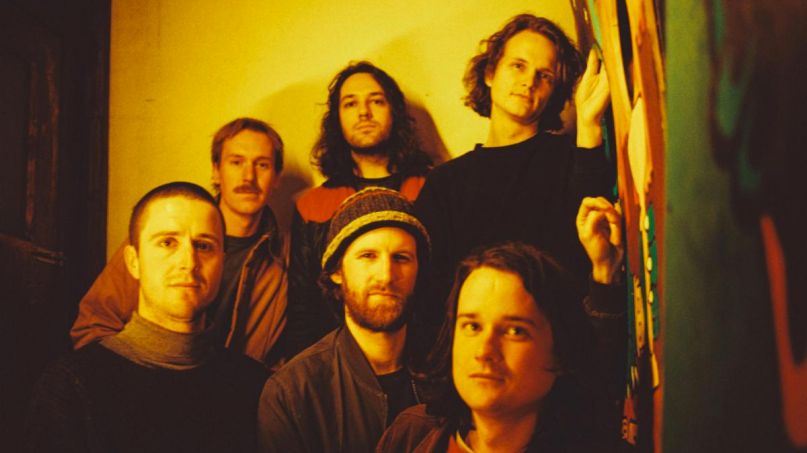 Australian psych rockers King Gizzard and the Lizard Wizard are back with yet another new song, “O.N.E.” The track is accompanied by a suitably inventive music video featuring collage and stop-motion effects.

The band’s visceral musicianship moves the song through various atmospheres, from a chill lullaby-like intro to jangling Middle Eastern-inflected psych pop. The corresponding video was directed by Alex McClaren and sees the band members immersed in a colorful collage of cutup imagery and stop-motion edits. It recalls the music videos made with similar techniques by the legendary New Zealand label Flying Nun and fits King Gizzard’s aesthetics to a T.

“The song itself feels as if it’s constantly moving along so I tried to keep the visuals continually moving forward and sliding into different visual styles and landscapes,” McClaren said in a press release. “I felt the mix of stop motion and collage through the use of found imagery and the band would help compliment the tracks lyrics and themes as I interpreted them, of dreams, nightmares, climate change, dystopias, and utopias, as well as referencing events that took place during the making of the video over 2020.”

McClaren also spoke of the production taking place during Melbourne’s second pandemic-related lockdown and the directorial challenges it presented. “I had to give notes on shooting and direct remotely which was strange but so was everything during that period,” he added.

The ever prolific King Gizzard continue to churn out new music at a breakneck pace, having recently dropped another new song/video, “If Not Now Then When?”. That song came on the heels of their 16th album, K.G., released late last year. Regarding rumors on the inevitable 17th record, band mastermind Stu MacKenzie said it’s not coming out just yet.

“King Gizzard’s new album (y’all know what it’s called) is definitely not coming out in February,” Mackenzie said in the press release for “O.N.E.”.

You can watch the music video for the single below.