"How dumb and clueless can you get??" 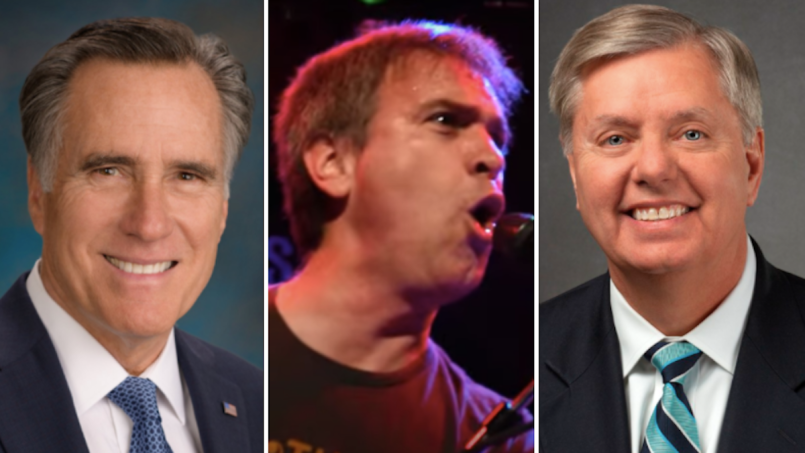 Yesterday, an insurrection encouraged by President Donald Trump breached the Capitol building in an attempt to overturn the 2020 election. It failed and Joe Biden was certified president during the early hours of Thursday. In the the aftermath of these events, lefty punk legends Dead Kennedys took to Twitter to praise the actions of [checks notes] Mitt Romney and Lindsey Graham?

To be fair, this isn’t the same Dead Kennedys that released four scorching albums in the 1980s, which included anti-capitalist and anti-fascist anthems like “Let’s Lynch the Landlord” and “Nazi Punks Fuck Off”. Original singer Jello Biafra departed in 1986, and the current touring lineup has replaced him with Ron “Skip” Greer. It’s not clear which bandmember has the keys to the Twitter account, but one of the zombie Dead acted as if a few disapproving words from Romney and Graham had single-handedly saved the Republic by certifying Biden’s victory.

“Thank you @SenatorRomney,” they wrote on Twitter, adding “Mitt Cares about the the USA.”  The band also expressed gratitude towards former CIA operative and independent candidate for President Evan McMullin, and later posted that “Today @LindseyGraham is trying to do the right thing !! Enough is enough !”

In the defense of both the Dead Kennedys and the Senator from Utah, Romney has been one of the most vocal Republican critics of Trump over the last four years. But Graham is in another category. A sycophant and frequent golf-buddy of Trump, Graham seemingly broke the law last month when he called Georgia’s Secretary of State and pressured him to throw out certain ballots. McMullin would seem like an odd choice to thank, as he currently is not an elected official. But as writer Dan O’Sullivan joked on Twitter, “As a former CIA operative, McMullin is a lifelong fan of Dead Kennedys.”

Former frontman Biafra excoriated his old bandmates. Through the Twitter account of his record label Alternative Tentacles, he wrote, “As if today couldn’t get any weirder, look who posted this!! How dumb and clueless can you get?? Was it scab singer Skip, who recently denied DK’s are a political band, just, “a social satire band”?? Ea$t Bay Ray?? It sure as hell wasn’t me…”

Bad Twitter takes aside, at least the current Dead Kennedys thought the coup was wrong. Musicians such as Ariel Pink and John Maus actually attended the protest outside the Capitol, while Jon Schaffer of metal band Iced Earth stormed the building. Schaffer has not been arrested, perhaps because the country is broken and laws no longer matter.

Today @LindseyGrahamSC is trying to do the right thing !! Enough is enough ! pic.twitter.com/abIv7h7Dmg

"As if today couldn't get any weirder, look who posted this!!
How dumb and clueless can you get??
Was it scab singer Skip, who recently denied DK's are a political band, just, "a social satire band"??
Ea$t Bay Ray??
It sure as hell wasn't me…"

As a former CIA agent, McMullin is a lifelong fan of Dead Kennedys https://t.co/dCCQcm8YuK

Let’s Pay Our Rent To The Landlord On Time https://t.co/iM9yL5jjVD