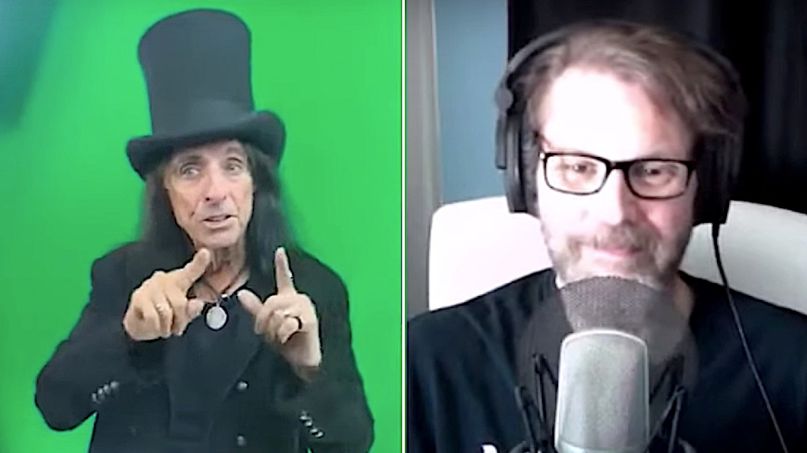 Cooper sang the touching song in a surprise appearance on the YouTube program Coffee Talk With ADIKA Live which featured Zak as a guest. During the episode, Cooper appeared in his signature suit and top hat and sang the song in a piano / show-tune style, much like Harry Nilsson’s classic pop hits.

“Your dad would write a song about you that everyone could sing,” Cooper let out during the song’s a cappella bridge.

Zak recently entered hospice rather than continue treatment, so Coffee Talk hosts Stefan Adika and Corey Leftan — longtime friends of Zak — reached out to members of Hollywood Vampires, Harry Nilsson’s drinking club. As it happens, Cooper founded the club (and has bestowed the same name upon his supergroup with Joe Perry and Johnny Depp) and answered the call.

After watching Cooper perform the tune, Zak remarked that he liked the song, but quipped that Cooper got one of the lyrics wrong.

“He did say there’s nothing that I lack,” Nilsson said, “and I would argue the only thing I really lack is a functioning gastrointestinal tract. But other than that, spot on.”

As of late, Cooper has opened up for some truly sincere musical moments. Early in the pandemic, the legendary shock rocker shared the anthemic “Don’t Give Up”, encouraging a positive outlook during these otherwise bleak times.

Cooper also has a new album on the way. Detroit Stories arrives February 26th and takes listeners back to Cooper’s roots growing up in the Motor City. So far we’ve heard a cover of the Velvet Underground’s “Rock & Roll” and the strong second single “Our Love Will Change the World”.