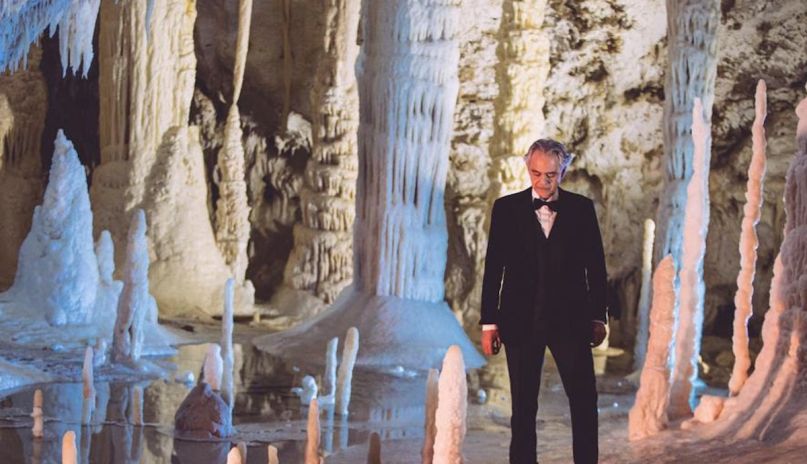 Andrea Bocelli is truly the gift that keeps on giving.

The famed singer has already delivered two inspiring performances in 2020 — first an Easter Sunday concert in Milan titled “Music For Hope”, followed by “Believe in Christmas”, a holiday show done in collaboration with his own young daughter Virginia. But it turns out Bocelli has been saving the best for last.

What’s more, Bocelli also gave a special poetry reading. His piece cautioned against ego and corruption, and featured uplifting lines such as: “If only for a moment you could/ See beyond yourself beyond the walls of your painful prison/ And wanted to escape the lie and the fear/ Then yes, you would know the meaning of your life, and its immense value.”

Bocelli played the piano himself during portions of the 20-minute set, officially dubbed “A Christmas Prayer”. The 62-year-old was also accompanied by pianist Carlo Bernini and dancer Brittany O’Connor.

Watch the full performance below or over on Bocelli’s Facebook page.

Bocelli’s statement on “A Christmas Prayer”:

“There’s a hidden song in all things.

Every patch of earth, every rock is a stave waiting to be read. All of us are the instruments of life, of which we receive and transmit signals, and we know in our hearts that language of pure enchantment that we believe unlearned or forgotten in the racket of daily life.

Christmas is a time to start listening once more to that which sings within us, to let it play out loud. We are preparing a gift, our way of offering you an embrace and a heartfelt Merry Christmas: December 18th, “Silent Night: A Christmas Prayer”.