My Morning Jacket Perform “Climbing the Ladder” on Meyers: Watch 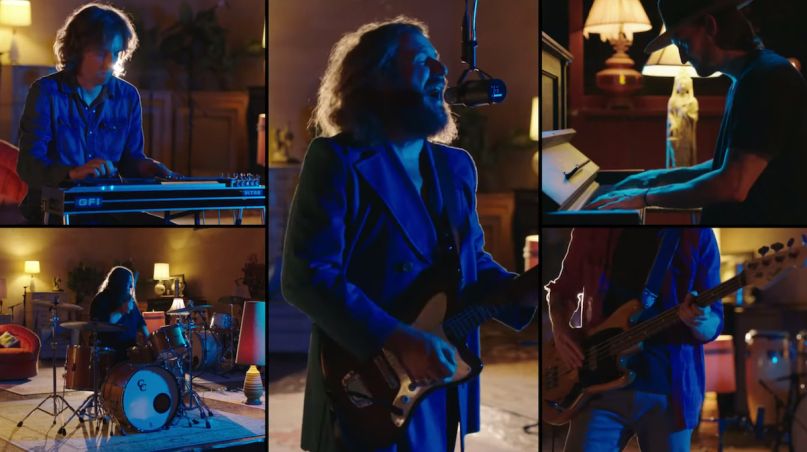 My Morning Jacket appeared on Seth Meyers on Thursday to perform their song “Climbing the Ladder”. It was the band’s third late-night performance behind The Waterfall II, and a pattern has definitely emerged.

When MMJ previously appeared on Fallon and Kimmel, each member performed their part alone in front of a single backdrop and then the shots were layered on top of each other. For Meyers, the concept was much the same, though the execution was unique. Instead of overlaying the various shots, the band cut it all together in ever alternating panels, a playful yet effective editing that matched the track’s carnival atmosphere.

Watch the replay of My Morning Jacket’s “Climbing the Latter” performance below.

In addition to The Waterfall II, MMJ released a trio of live albums back in October for Bandcamp Friday. The recordings came from gigs on November 10th, 200 at the Henry Fonda Theatre in Los Angeles, California; November 12th, 2006 at The Tabernacle in Atlanta, Georgia; and August 6th, 2015 at Ascend Amphitheatre in Nashville, Tennessee.

And there’s plenty more to come from MMJ, too, as frontman Jim James recently told Kyle Meredith that another “completely new record” is ready for release.