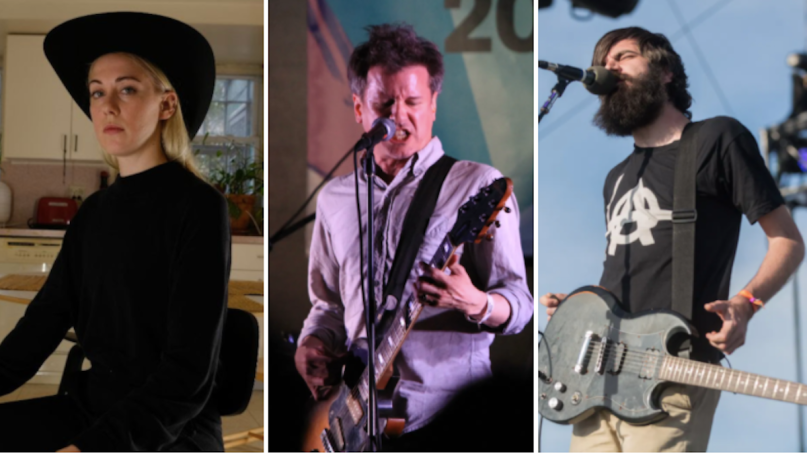 Proceeds from the release benefit voting rights organizations who are active in the Georgia Senate run-off election taking place on January 5th. Democrats Jon Ossoff and Raphael Warnock are facing off against Republican Senators David Perdue and Kelly Loeffler, respectively. If the Dems win both seats, they will narrowly have control of the Senate for at least the first two years of Biden’s term.

Going to Georgia features 17 “Georgia-centric” tracks, and since Merge has one of the starriest lineups of any indie label, the tracklist is packed. Arcade Fire’s Will Butler kicks off the record with R.E.M.’s “Electrolite”, Titus Andronicus take on “Closer to Fine” by Indigo Girls, TORRES tackles The B-52’s “Topaz”, and Superchunk team up with Wiliam Tyler for “When I Laugh” by The Glands. The other contributing Merge artists are Fruit Bats, Erich Bachmann, H.C. McEntire, Ayes of Love, The Rock*A*Teens, Wye Oak, Ibibio Sound Machine, Hiss Golden Messenger, Ross Flournoy, The Orbiting Human Circus, Gauche, and Lambchop.

Mac McCaughan, co-founder of Superchunk and Merge Records, said in a statement that Georgian voters “have successfully fought back” against voter suppression and can “take back power in the Senate.” He wrote,

“We live in North Carolina, where a racist Republican legislature has worked for a generation to undermine democracy through unprecedented voter suppression. Our neighbors in Georgia have successfully fought back, through the efforts of Fair Fight and other organizations. The voters who turned Georgia blue in November can now elect Raphael Warnock and Jon Ossoff, take back power in the Senate, and make true progress possible in this country.

The Merge artists on this comp came together quickly, recording in various quarantine situations, to pay tribute to their favorite artists from Georgia, or maybe just record their favorite songs with “Georgia” in the title, and to support those working hard in Georgia to make sure everyone’s voice is heard.

All of proceeds go towards Fair Fight and Mijente. Purchase Going to Georgia here, and check out Titus Andronicous’ Indigo Girls cover down below.