Axl Rose and co. played the song in concert as a tribute to the late Chris Cornell 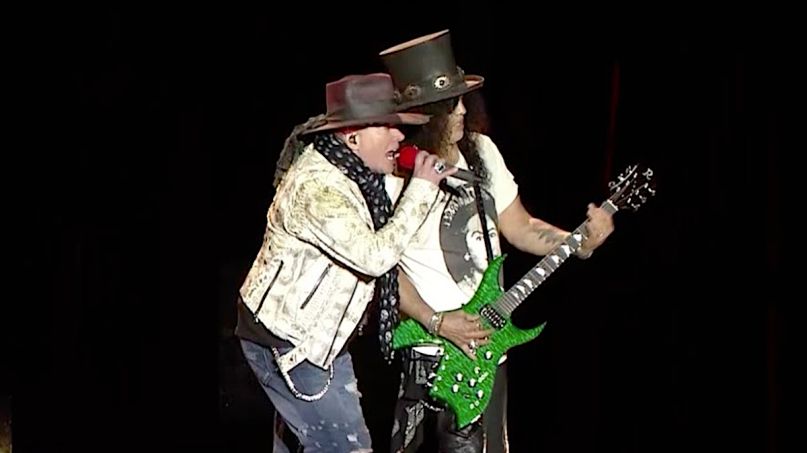 Guns N’ Roses have shared pro-shot footage of their performance of the Soundgarden classic “Black Hole Sun” from last year’s Exit 111 festival. The video comes courtesy of the band’s ongoing “Not in This Lifetime Selects” YouTube series, showcasing portions of concerts from their highly successful tour of the past few years.

Along with “Black Hole Sun”, the half-hour video also includes performances of “Live and Let Die”, “Shadow of Your Love”, “Knockin’ on Heaven’s Door”, and “Paradise City” from the same festival, which took place October 2019 in Manchester, Tennessee.

GN’R started playing “Black Hole Sun” during their “Not in This Lifetime Tour” in tribute to late Soundgarden frontman Chris Cornell following his tragic death on May 18th, 2017. Axl Rose and company first performed the song nine days later on May 27th, 2017, at Slane Castle in Ireland. All told, they’ve covered the tune in concert 99 times.

On July 20th of this year, Chris Cornell’s estate officially released his cover of Guns N’ Roses’ “Patience” on what would have been the late singer’s 56th birthday. The track eventually soared to No. 1 on the Billboard Mainstream Rock Songs chart in October.

Watch Guns N’ Roses performing “Black Hole Sun” and the other aforementioned songs at the Exit 111 festival below. Time stamps for each tune appear underneath the video.