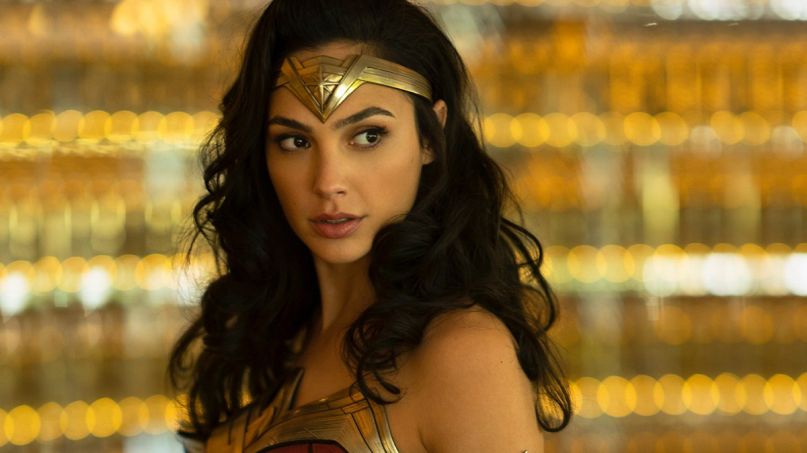 The Pitch: Wonder Woman is back — this time, in Washington DC, circa 1984 — to once again save the world from destruction. Diana Prince (Gal Gadot) is joined by her magically resurrected boyfriend Steve Trevor (Chris Pine) and new frenemy Barbara Minerva (Kristen Wiig) to stop a destructive cycle of wish fulfillment and delusion run amok. In her second outing with the character, director Patty Jenkins once again leans into sentimentality, this time to extoll the power of honesty and sacrifice for the greater good. It’s a timely message, and though it takes some major suspension of disbelief to navigate the often clumsily connected dots, Wonder Woman 1984 is ultimately an uplifting story of hope in the face of pain and fear.

I Wanna Know What Love Is: If you recall, 2017’s Wonder Woman focused on embracing the strength in love and empathy. WW84’s message is no less saccharine, but reflective of a year full of tragedy and frustration. A mysterious stone allows individuals to make one wish that will automatically be granted — no matter how ridiculous or implausible — but comes with a hidden price. Though apt, the metaphor is a bit heavy-handed and the logic crumbles under close scrutiny. For instance, a tertiary character makes an offhand wish for coffee and it appears almost instantly. Diana’s wish, however, is to be reunited with Steve, and the way in which this comes to fruition barely resembles logic.

But that’s arguably the point.

Wishes don’t have to make sense for us to want them and WW84 is at its strongest when the film interrogates the costs of this delusional wish fulfillment. By presenting these preposterous wishes as reality, and following the threads of their realization, Jenkins is able to make the larger point that choosing to reject reality is the first step down the road to destruction. The restoration of order is similarly oversimplified, but again, that’s the point. It doesn’t take a heroic act to admit the truth, and empowerment can be found in learning to let go and move on.

Still Haven’t Found What I’m Looking For: Pedro Pascal is exciting as Midas-like grifter, Maxwell Lord. It’s a manic and increasingly unhinged performance, and he’s clearly relishing the ability to show his face after two seasons of The Mandalorian. After all, Lord is a TV personality, desperate to achieve a narrow definition of greatness on the backs of those he’s deceived. Sound familiar?

Look, it’s hard not to draw a direct comparison to a certain political figure, especially when Lord stands in the Oval Office. Sure, it’s an on-the-nose parable about power and corruption, but Jenkins earns it. Rather than make Lord this caricature of evil, she gives him a more humanistic arc with understandable motivations, the likes of which lead to a sweet, albeit illogical, conclusion.

Can’t Fight This Feeling: What better time period to set this story of insatiable greed than the decade of excess itself. Though the world never feels fully lived-in — it’s mostly candy-colored set pieces and glitzy costumes —WW84 is a fun trip down memory lane.

Pine’s Steve is our conduit for this nostalgia as he marvels at advancements like escalators and tennis shoes. He is the heart of the film and his enjoyment of life is infectious. In fact, the film’s most memorable sequence isn’t even a battle, but a starlit flight through a fireworks display. It’s a touching scene between Steve and Diana that Jenkins later parallels to poignant effect.

These moments make up for the fact that WW84 isn’t particularly all that invested in the action. To its credit, there isn’t much room, seeing how much of the story involves Diana losing her powers. Though, when things do heat up, most of the sequences are either marred by clumsy CGI or stunted by erratic staging. Nothing ever reaches the iconic high of Diana crossing No Man’s Land.

Owner of a Lonely Heart: If Pine is the movie’s heart, Wigg is the soul as Cheetah, a wallflower academic desperate for human connection. Her wish is to be special, like Diana, and it’s a relatable one. As the movie progresses, and she must face the cost of this wish, it’s admittedly easy to understand the lengths she would go to keep that feeling of importance and power.

She’s strong now! She’s able to defend herself. She’s taken seriously. Who wouldn’t want that? What’s more, Cheetah’s newfound strength also allows her to fearlessly confront men who would attack her, and it’s her story that reminds us that not all wishes are frivolous. Some may desire fame and fortune, but others simply want to be taken seriously.

Again, it’s a palpable notion: to have our accomplishments recognized, and to have power in a scary world. That much hits home when Cheetah defends herself from a handsy cat caller. It’s cathartic wish fulfillment in and of itself for many viewers who are unfortunately familiar with the experience, and while clumsily wrapped up, it’s a counterpoint to the film’s oozing sentimentality.

The Verdict: Wonder Woman reminded us that there is power in believing in love, and Wonder Woman 1984 posits similar power in stating the truth. Premiering at the end of a brutal year, in which lies and delusion became the norm across Trump’s America, this oversimplified message of empowerment through honesty will likely hit viewers in wildly different ways.

The messy plot will lose some, and others will find its over-saccharine emotions a reach, but to paraphrase Steve’s description of flight: If you can catch the movie’s uplifting wind, it will transcend the sum of its parts. Perhaps it’s time we stop expecting our superheroes to save the day, and start — to lean on another ’80s icon — looking at the mirror.

Ultimately, Wonder Woman 1984 suggests that our power lies in our own personal choices, and without getting too Hallmark on you, that’s a message worth saying out loud in 2020.