David Hasselhoff Offers Update on Kung Fury 2, Promises “I Am Going to Be Funny in It” 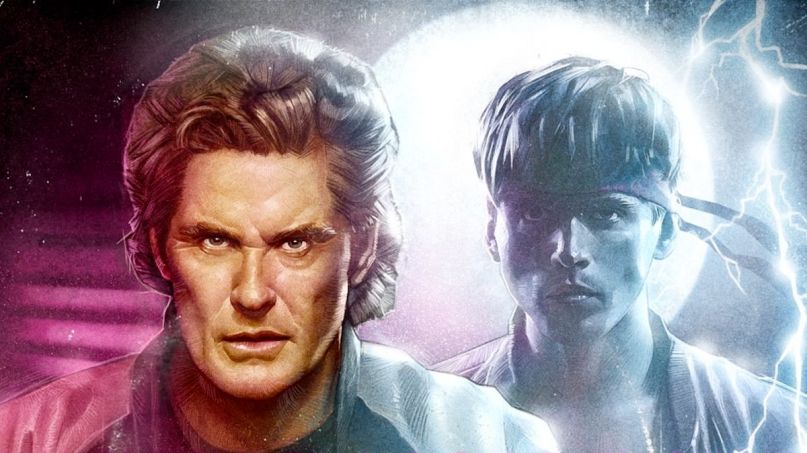 Five years ago, movie audiences were mesmerized by the DIY action film Kung Fury, which became an instant cult classic. David Hasselhoff, who sang the movie’s memorable song “True Survivor” and voiced the Hoff 9000 car in the original, tells us he’s back for the sequel and is “going to be funny in it.”

Kung Fury was made by Swedish director, writer, and star David Sandberg on a shoestring budget. After self-producing a $5,000 trailer for the yet-to-be-filmed kung fu movie, he launched a Kickstarter campaign with a goal of reaching $200,000. By the time the campaign ended, Sandberg raised more than $600,000, and locked in Hasselhoff for the theme song and Hoff 9000 role.

Sandberg has already wrapped up filming Kung Fury 2, with Hasselhoff returning alongside new cast members Arnold Schwarzenegger and Michael Fassbender, among others. The new movie is set in 1985 Miami, where Kung Fury must once again battle Hitler (aka “Kung Fuhrer”) and a new mysterious villain. It all sounds amazing, but post-production is on hold due to a lawsuit involving the film’s investors.

We recently caught up with Hasselhoff to discuss his recent heavy metal song, “Through the Night”, which he recorded with Austrian duo CueStack, and he was kind enough to offer up the latest on Kung Fury 2, as well as discuss his experience making the first film.

“I am involved [in Kung Fury 2] and I’m a big fan of David Sandberg, and big fan of [the first] Kung Fury,” Hasselhoff told Heavy Consequence. “I did a song called ‘True Survivor’, which I think got 30 or 50 million hits or something like that on YouTube. And it’s a great video. And it was a combination of the promotion for the [movie] and using David Hasselhoff as a tool [to publicize the film].”

“[Sandberg] said, ‘Will you play Hasselhoff?,’ and I said, ‘I would only do the movie if I could play the car. I want to play The Hoff, and I want to say a line like, “Don’t hassle The Hoff, or I will unleash the fury.”’ And he wrote that in.”

Regarding his casting in Kung Fury 2, Hasselhoff remarked, “To David [Sandberg], there’s major stars in the world and that’s David Hasselhoff and Arnold Schwarzenegger and Michael Fassbender. And we all were called to do the movie.”

When it comes to the status of Kung Fury 2, Hasselhoff hopes that the legal hurdles will be resolved, and believes that the movie will eventually see the light of day. “According to David [Sandberg], he is holed up in Sweden and whether [Kung Fury 2] is continued or not because of a beef with the money … I’m sure that it’ll get made,” Hasselhoff said. “Whether it gets made in the next year, I don’t know. Whether it gets made in the next two years, absolutely yes.”

Most of all, Hasselhoff assures us that we can expect a worthy follow-up to the first film. “He did Kung Fury 1, and that was really funny. That had a real flare to it. And Kung Fury 2, I am going to be in it and I am going to be funny in it. And hopefully the movie will finish up. Probably after this call, I’ll call David and figure out what’s going on, ’cause you’ve whet my appetite.”

Revisit the music video for “True Survivor” and the entire Kung Fury movie below. You can also pick up the original motion soundtrack here and rent an HD version of the movie via Amazon Prime.