Dave Grohl Hails Passing of $15 Billion Save Our Stages Act

"The preservation of America's smaller, independent venues is not only crucial to the millions of concert goers whose lives are bettered by experiencing their favorite artists in the flesh... but to the future of music itself," writes the Foo Fighters frontman 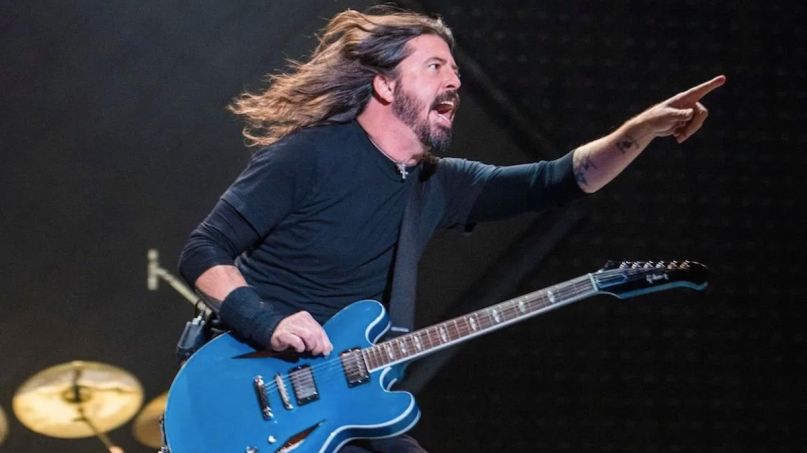 Dave Grohl has shared a “huge, heartfelt” statement hailing the recent passing of the Save Our Stages Act. As part of the bipartisan COVID-19 relief bill, the act will allocate $15 billion dollars in federal aid for independent music venues and theatres that have been forced to close during the pandemic.

The Foo Fighters frontman has been a fervent champion of the bill, which was first introduced by Senators John Cornyn of Texas and Amy Klobuchar of Minnesota back in July. In October, Foo Fighters headlined the virtual #SOSFEST, an event hosted by the National Independent Venue Association (NIVA) to raise money for concert spaces and rally for Save Our Stages to be included in all future iterations of the COVID-19 relief package. Thankfully, it happened on December 20th.

“A huge, heartfelt thank you to everyone who supported the Save Our Stages Act,” Grohl wrote on Foo Fighters’ Twitter account late Monday.

“The preservation of America’s smaller, independent venues is not only crucial to the millions of concert goers whose lives are bettered by experiencing their favorite artists in the flesh,” the rock frontman continued, “but to the future of music itself, as it gives the next generation of young musicians a place to cut their teeth, hone their craft, and grow into the voices of tomorrow.”

Grohl closed with an optimistic note for 2021. “The absence of live music this year has left us all longing for that communal feeling of connection, one that is best felt when joined in a song. The Save Our Stages Act brings us one step closer to sharing that feeling again, one that I hope we can all experience again very soon. Everyday we’re one step closer. See you there, Dave.”

The best part about Save Our Stages is that it’s directly aimed at independent concert spaces, which are central to the longevity of not just the Foo Fighters of the world, but all the live music ecosystems that fall below the rockstar tier. As the official legislation states, venues eligible for assistance must not be owned by a company operating venues in multiple countries or more than 10 states, and do not employ more than 500 individuals. Venues that have loss 90% of revenues will initially be prioritized for grant distribution, followed by venues with 70% revenue loss.

Hopefully the Save Our Stages funds can keep venues afloat so that fans can hear both old and new Foo Fighters songs in 2021 and beyond. Grohl & co. are set to release their tenth album, Medicine at Midnight, on February 5th.

Editor’s Note: If you’d like to provide further assistance for venues to ensure live music will return post-COVID, you can support the National Independent Venue Association directly by picking up our new original shirt. A portion of all proceeds go towards independent music venues in their recovery efforts.