Coming in support of their new album Letter to You 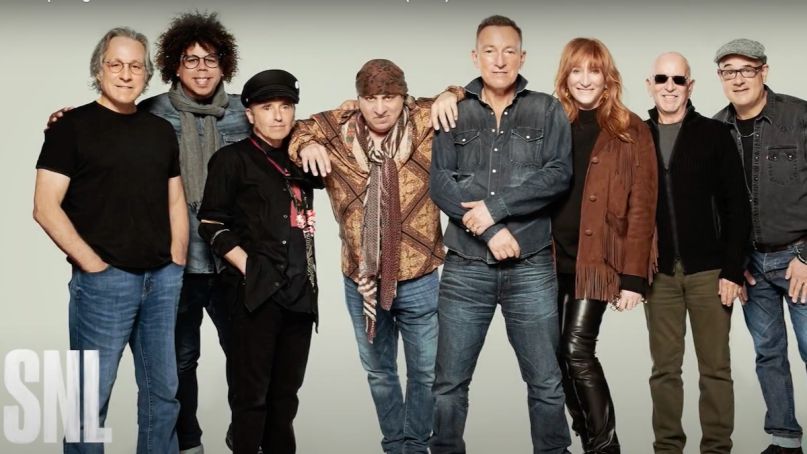 Bruce Springsteen an the E Street Band perform on SNL

Bruce Springsteen and the E Street Band hit the stage on Saturday Night Live this evening for their first public performance together in nearly four years.

Coming in support of their new album Letter to You, Bruce and the band delivered rousing performances of “Ghosts” and “I’ll See You In My Dreams”. Catch the replay below, and read our full review of last night’s episode hosted by Timothée Chalamet.

Unfortunately, due to COVID-19 restrictions, not everyone from the E Street Band was present for the performance. Earlier in the week, Springsteen announced that founding bassist Garry Tallent and violinist Soozie Tyrell would be absent due to “restrictions and concerns.” In Tallent’s place, Springsteen enlisted Jack Daley of the Disciples of Soul.

On Thursday night, Springsteen appeared on The Tonight Show and discussed a range of topics, including his earliest gigs, the first song he ever learned to play, and the making of Letter to You.

Released in October, Letter to You marked Springsteen’s first album with the E Street Band since 2014. It ended up being one of our favorite release of the year, with our own Tyler Clark calling it a “vital set of songs devoted to aging, death, and legacy.”