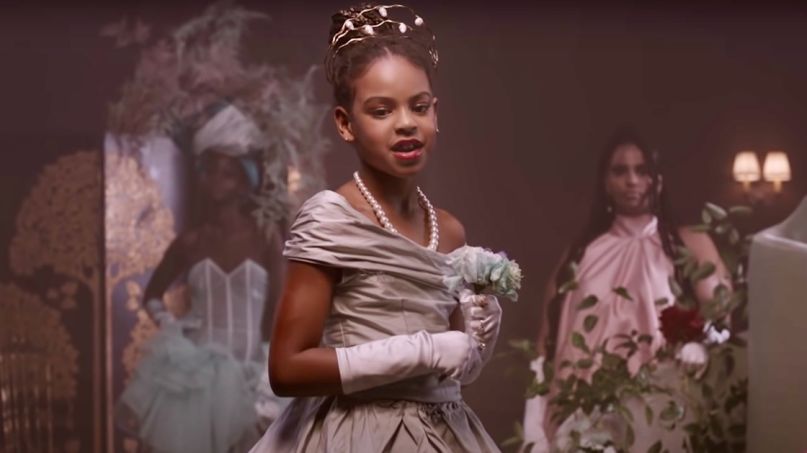 The eldest daughter of Jay-Z and Beyoncé is nominated alongside her mother in the category of Best Music Video for “Brown Skinned Girl”. As TMZ reports, Blue’s name was left off the list of nominations when they were revealed on November 24th, but the Recording Academy has since rectified the omission and added her as one of the eligible contenders. (Looks like mom and dad made a phone call.)

If “Brown Skinned Girl” is to win Best Music Video (and that seems like a pretty safe bet), Blue Ivy would become the second youngest artist to ever win a Grammy. The current record holder is Leah Peasall, who was eight years old when the O Brother, Where Art Thou? soundtrack took home Album of the Year in 2002. Blue Ivy will be nine years and 24 days when the 2021 Grammys go down on January 31st (her birthday is January 12th).

Even if Blue Ivy is fortunate enough to win, she’ll have a long way to go before she catches her parents. Beyoncé currently ranks seventh all-time with 24 Grammy wins, while Jay-Z is close behind with 22 trophies. Queen Bey also stands to rack up a few more victories at the 2021 Grammys.

Revisit the video for “Brown Skinned Girl” below. The track appeared on The Lion King: The Gift.