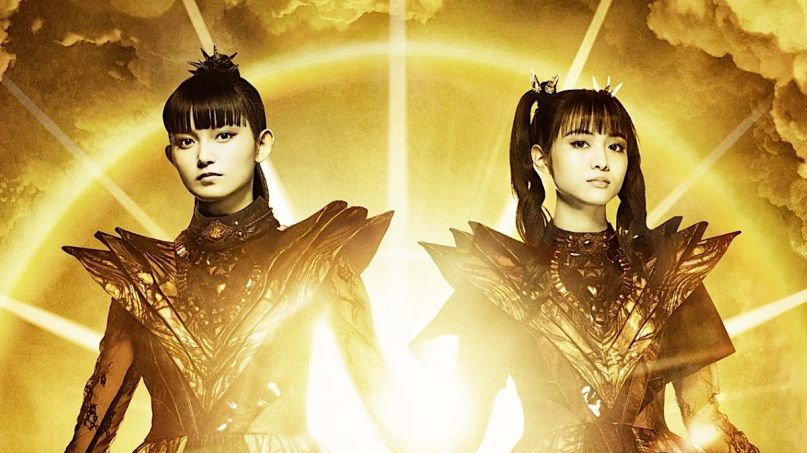 In a testament to BABYMETAL’s incredible rise to fame, as well as Japan’s commendable efforts in controlling the COVID-19 pandemic, the pop-metal sensations will headline 10 shows at Tokyo’s famed Budokan arena beginning in January. The concerts will celebrate BABYMETAL’s 10-year anniversary as a band.

While there’s no telling when indoor arena concerts in the United States and other parts of the world will return, the BABYMETAL shows in Tokyo are reflective of the relative low COVID-19 case count in Japan. To put it in perspective, Japan’s total of 230,000 cases throughout the entire pandemic is equivalent to what the United States was adding per day in recent weeks.

Six of the 10 concerts have been announced thus far, beginning with a pair of shows on January 19th and 20th. The next four shows will take place February 16th, 17th, 19th and 20th, with details on the remaining four gigs to be revealed shortly.

In an interview with Billboard Japan, BABYMETAL’s Moametal remarked, “I consider the Budokan shows as the period we properly display everything we’ve gained in our journey over the past 10 years, and our gratitude to everyone who encountered us along the way.”

While the shows mark a return to normalcy of sorts for concerts in Japan, there are several restrictions in place in order to create a safe environment. Fans will have their temperatures checked at the door and be required to wear face masks at all times in the venue. On top of that, concert-goers are being asked to refrain from talking or cheering loudly in an effort to contain any spread of COVID-19. Additionally, tickets for less than half of the Budokan’s capacity will be sold for each show, with seats spaced out throughout the venue.

That all said, the concerts will still signify a remarkable achievement for both BABYMETAL and Japan. In addition to the upcoming concerts, BABYMETAL also recently released a 10th anniversary best-of collection, 10 BABYMETAL Years, available in 10 different editions in Japan.

U.S. pre-orders of 10 BABYMETAL Years are available here, while our own 2019 video interview with the band’s Su-metal and Moametal can be seen below.