Shia LaBeouf and Margaret Qualley Bare It All in New Music Video: Watch

The video for "Love Me Like You Hate Me" comes from Margaret's sister, Rainey Qualley, a.k.a. Rainsford 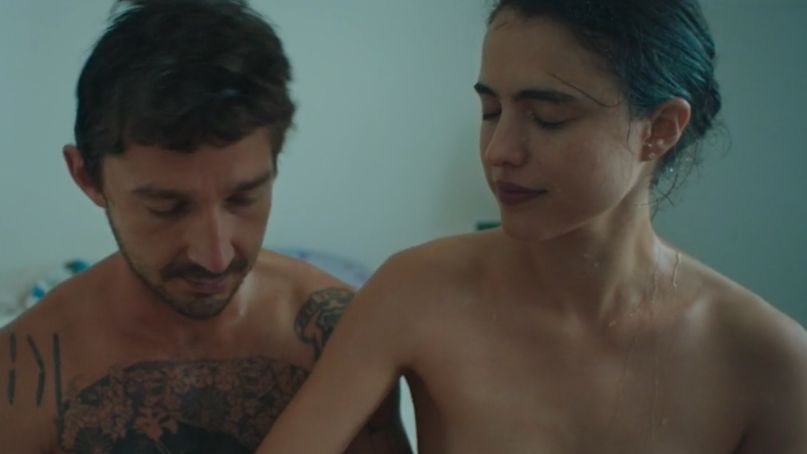 Shia LaBeouf and Margaret Qualley bare all in a new music video from Margaret’s sister, Rainey Qualley, a.k.a. Rainsford.

The video for “Love Me Like You Hate Me” stars LaBeouf and Qualley as a couple and depicts different stages of their relationship using a split-screen format. At various points throughout, the actors appear fully nude and participate in an artful sex scene.

“The 10-minute split-screen film portrays the tenderness and toxicity of a relationship, presented from the dual, and at times conflicting, perspectives of a couple,” a press release notes. “With a gently disorientating structure, the piece builds towards an open-ended resolution that loops back on itself, returning us to where we began.”

The video was produced by Shia’s longtime collaborator, British artist Luke Turner, and choreographed by LA-based dance duo JA Collective, with cinematography by Natasha Braier (The Neon Demon). Watch it below.

LaBeouf previously broke the Internet last month when he portrayed Jeff Spicoli in a live table read of Fast Times at Ridgemont High.