The Abraham Lincoln: Vampire Hunter author will also pen the first of 10 episodes with Marc Guggenheim 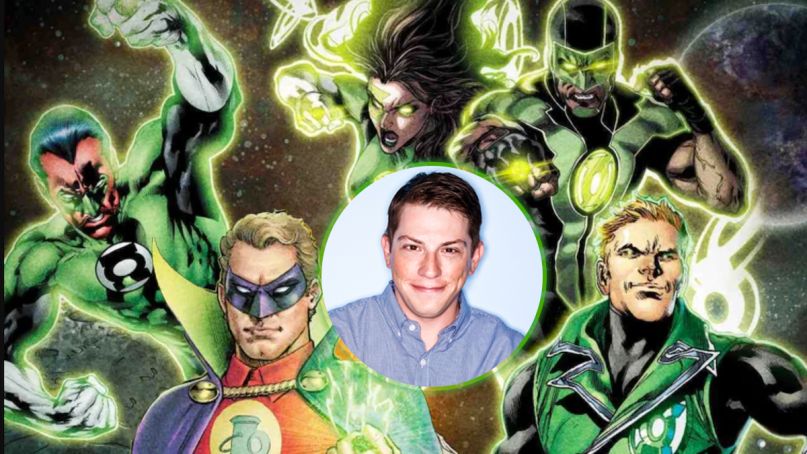 In brightest day, in darkest night, no evil shall escape Seth Grahame-Smith’s sight! The author-turned screenwriter/producer will serve as showrunner on HBO Max’s forthcoming series based on DC Comics’ Green Lantern.

Originally announced a year ago, the show has also received a straight-to-series 10 episode order. Graham-Smith (IT producer, The LEGO Batman Movie writer) will co-write the first of those shows alongside Marc Guggenheim, the co-creator of The CW’s Arrowverse. Guggenheim previously co-wrote the failed 2011 Green Lantern movie with Greg Berlanti, who also returns for the TV adaption as producer.

But who’s behind the series is perhaps less interesting to fans than who’s in it. The Green Lanterns are an intergalactic police force whose primary weapons are power rings that harness the wearer’s willpower to create energy constructs of limitless potential. HBO Max’s series will focus on a quartet of human ring-bearers from across the comics’ history: Alan Scott, the original Green Lantern who was recently retconned as a gay man; Guy Gardner, a fiery tough-talker created in the ’60s; Jessica Cruz, an American of Mexican and Honduran decent; and Simon Baz, a Muslim Lebanese-Arab American.

Also set to appear are fan-favorite Lanterns such as Kilowog and Sinestro. While the latter eventually becomes a villainous members of the rival Yellow Lanterns (who harness fear instead of willpower), it’s interesting to note the character appears as a Green Lantern in the teaser image HBO Max released for the show (below). Absent from the announcement is any mention of popular Green Lanterns such as Hal Jordan (whom Ryan Reynolds portrayed in the 2011 film), Jon Stewart (long rumored to be the lead in a never-materialized Green Lantern Corps. movie), and Kyle Raynor.

As the show is still in the story-breaking stage, with production targeting a mid-2021 start, most of the details are still unknown. However, as The Hollywood Reporter notes, Green Lantern is set to be a one-hour drama telling a “saga spanning decades and galaxies.” That certainly goes a long way to explaining the numerous Earth Lanterns involved. A statement from Warner Bros. also promises the show will “introduce new heroes to the ranks of the Green Lantern Corps.”

Green Lantern joins a growing list of DC Extended Universe productions heading to HBO Max. Zack Snyder’s Justice League: Director’s Cut is entering reshoots this month ahead of its 2021 debut. Matt Reeves is creating a series centered on the Gotham City Police Department spinning out of his recently delayed The Batman, while John Cena will headline a The Suicide Squad spin-off about his Peacemaker anti-hero.