Plus: A carillonneur performs a medley of Van Halen songs from a giant bell tower 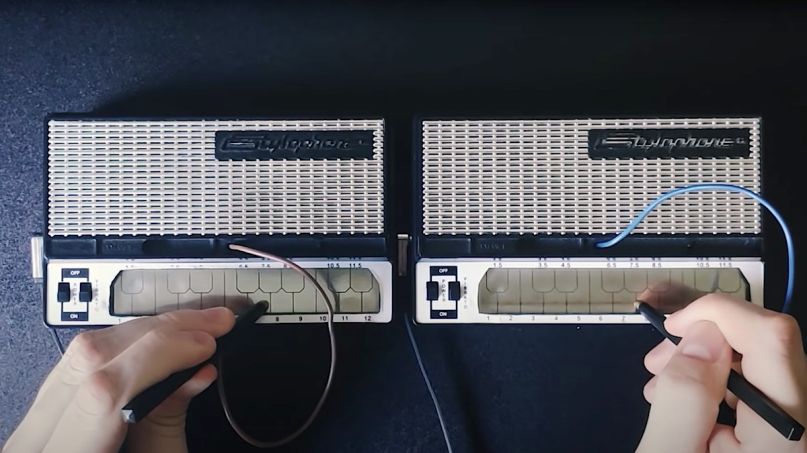 The passing of guitar legend Eddie Van Halen earlier this month has sparked countless tributes. One of the most unique is a cover of his instrumental classic “Eruption” on a pair of Stylophones.

Before getting into the musical tribute, the first question you may have is, “What’s a Stylophone?” And that would be a very good question. A Stylophone is an analog keyboard operated by a stylus. It was invented in the late ’60s, and mostly sold as a children’s toy. However, it did make its way into some notable recordings, including David Bowie’s iconic song “Space Oddity”. The instrument was revived in 2007 by the original inventor Brian Jarvis’ son Ben, and a handful of models have been released since then.

That brings us to YouTuber maromaro1337, who posted the unique “Eruption” cover in tribute to the late Van Halen guitarist. Worried that viewers may not take it seriously, maromaro1337 wrote the following in the video description:

“I know that some of you may think that I’m doing a lame parody of this song or poking fun at Eddie… But no, actually I’m heartbroken because one of my guitar idols is dead. I did this because nobody else would do it on this instrument and I think that it’s somewhat a breakthrough to play this piece on the Stylophone. I know that the last parts are a bit sloppy but seriously it couldn’t be done better… So, sorry for some mistakes here and there, have fun watching my tribute to one of the greatest guitar players on the planet.

P.S., I know that it’s probably one of the weirdest tributes to a guitar master but what can I do?

It’s cut into three parts because I had to tune the Stylophones differently for every part of this solo.”

“Eruption”, which appeared on Van Halen’s legendary 1978 self-titled debut album, is the track that helped introduce Eddie Van Halen as a revolutionary guitarist, so it’s understandable why maromaro1337 expressed doubt in tackling the tune. However, the reaction has been overwhelmingly positive in the YouTube comments, with most viewers in awe of the impressive cover.

The Stylophone cover is not the only unique musical tribute to Eddie Van Halen to take place since his passing. Carillonneur Malgosia Fiebig performed a medley of Van Halen songs from a giant Bell Tower in the Netherlands, the country where the guitarist was born. The performance included heavenly versions of “Why Can’t This Be Love”, “Love Walks In”, and “Jump”.

Check out the Stylophone and carillon tributes to Eddie Van Halen below.