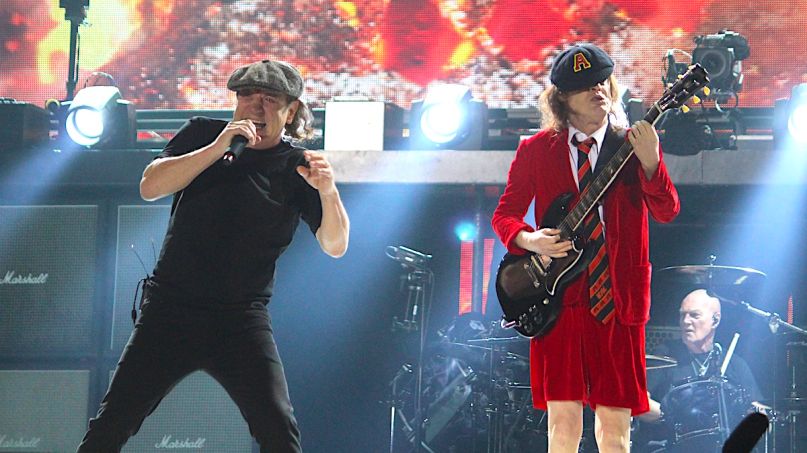 AC/DC have offered up the first taste of new music from their upcoming album, sharing a 30-second clip of the single “Shot in the Dark”.

The rock ‘n’ roll legends have been teasing their comeback all week, previously confirming a reunion of their surviving classic members, and strongly suggesting that the album will be titled PWR/UP.

The 30-second snippet gives us a very AC/DC-like guitar riff along with gang vocals on the line “shot in the dark” as Johnson sings the chorus with his signature wail. The vocalist, who had to step away from AC/DC during their last tour due to hearing loss, sounds as strong as ever in the brief teaser.

The tune marks AC/DC’s first new music since 2014’s Rock or Bust album. Following their “Rock or Bust Tour”, which saw Axl Rose filling in for Johnson on the final leg, the future of AC/DC seemed uncertain. Phil Rudd had already been out of the band for a few years as he faced major legal trouble, and Cliff Williams retired after the last show. That left Angus Young as the lone classic member remaining in the group.

Expect more details on the new album in the coming days, as AC/DC have been rolling out new information all week. For now, enjoy 30 seconds of new music from the iconic rockers in the form of the “Shot in the Dark” snippet below.

SHOT IN THE DARK #PWRUP⚡