The latest single from their upcoming Ultra Mono LP 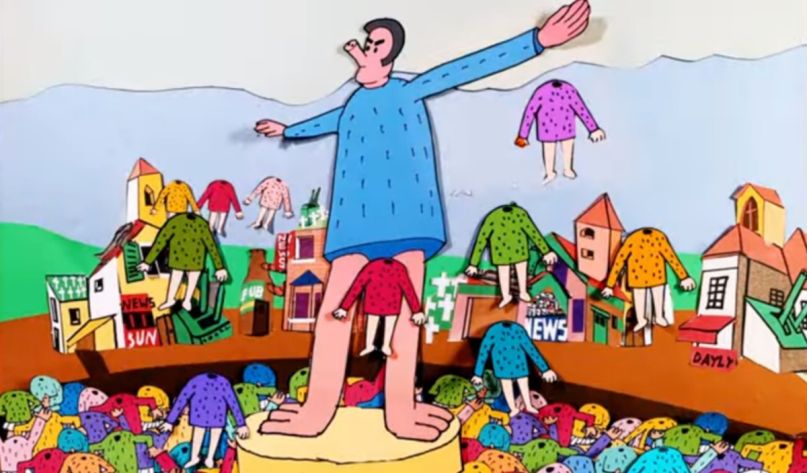 English post-punk band IDLES are back with another preview of their upcoming third full-length, Ultra Mono. This one’s called “Model Village”, and it comes paired with an animated video directed by Michel Gondry (of Eternal Sunshine of the Spotless Mind and The Science of Sleep fame).

Today’s single boasts IDLES’ usual breed of scathing social commentary and frisky, ragged post-punk. Frontman Joe Talbot sarcastically catalogs some of the features found in a rich “model village,” including low crime rates, expensive cars, and dim-witted nationalism. “I beg your pardon/ I don’t care about your rose garden/ I’ve listened to the things you said/ You just sound like you’re scared to death,” he taunts during the hook.

While the track is top-tier IDLES, it’s the colorful, stylized music video that really steals the show here. Directed by Gondry and his brother Olivier, it’s filled with two-dimensional figures running through fields of pills, freaks burning money, and some really kooky architecture that looks like a children’s pop-up book come to life. Take it all in below.

This is by no means Gondry’s first foray into the world of music videos. The filmmaker is well-regarded for his work with Radiohead, Daft Punk, Björk, and of course The White Stripes’ iconic LEGO visual for “Fell in Love with a Girl”.