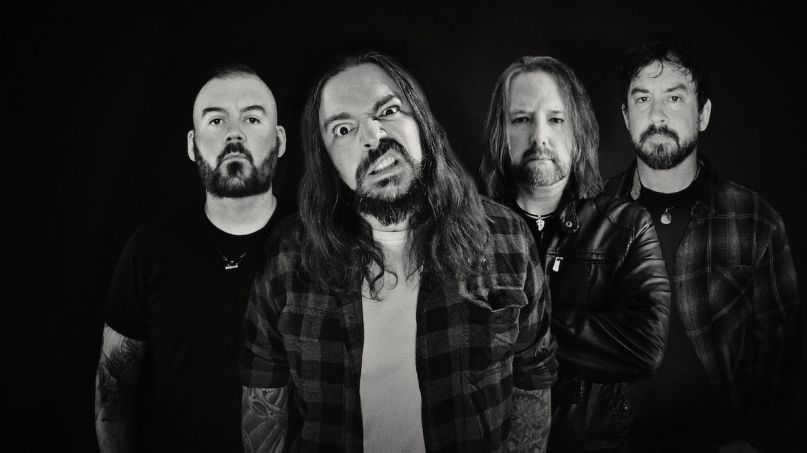 Seether are getting set to release their new album, Si Vis Pacem, Para Bellum, and the band has teamed up with Heavy Consequence to premiere the video for the crushing new song “Beg”.

The track is one of the heaviest songs Seether have ever released, with frontman Shaun Morgan delivering a thunderous scream of “Beg motherf**ker” in the chorus. It’s an intense track that’s made even more powerful by its compelling music video.


The animated clip portrays a young girl who grows up to exact revenge on her childhood abuser. It was directed by Turkish video-maker Mertcan Mertbilek.

“This is our second collaboration with Mertcan, and I wanted to get his interpretation of the lyrics,” Morgan tells us. “I sketched a rough idea and he ran with it to create a video that I think is powerful and provocative. Animation allows far more freedom to create compelling visual art and I love how this video turned out.”

Si Vis Pacem, Para Bellum (meaning “If You Want Peace, Prepare for War”), arrives August 28th via Fantasy Records, and serves as the follow-up to 2017’s Poison the Parish. Two singles from the new LP — “Dangerous” and “Bruised and Bloodied” — have already climbed up the charts, recently landing Shaun Morgan at the No. 1 spot on Billboard’s Hard Rock Songwriters tally.

The album also marks the band’s first with new guitarist Corey Lowery, whose addition takes Seether from a trio to a quartet. “Corey has a lot of experience and is an inspiring guitarist, as well,” remarked Morgan in a statement. “He’s the older brother I’ve always wanted.”

Watch the video for “Beg” below, and pre-order Si Vis Pacem, Para Bellum in limited-edition bundles at the band’s merch store, on vinyl via Amazon, or digitally via multiple outlets.