Behold, a new featurette with the most triumphant duo 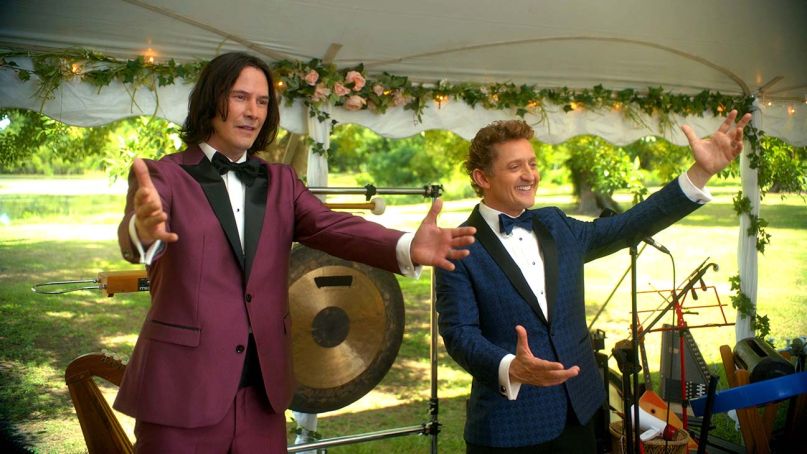 Station! Bill & Ted 3: Face the Music will now arrive on VOD and in select theaters on August 28th — a whole week earlier than previously announced. To celebrate, Orion Pictures has dropped a righteous new featurette celebrating the triumphant duo.

Bill & Ted 3 had originally been scheduled to hit theaters on August 21st, but was previously delayed due to the ongoing pandemic. It serves as the third film in the franchise, following 1989’s Bill & Ted’s Excellent Adventure and 1991’s Bill & Ted’s Bogus Journey.

Watch the new featurette below.

Great news my excellent friends! @BillandTed3 is moving up a full week to release on August 28! On demand and in select theaters in the U.S.! 🎸🎸🤟🔥 pic.twitter.com/1E00FREhQN