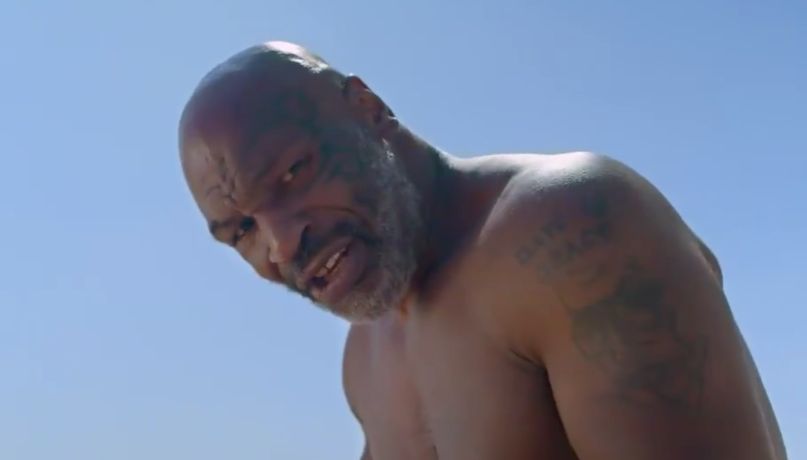 Mike Tyson has finally met his match — and it’s in the deep blue sea. As Bloody Disgusting reports, the Discovery Channel has announced that the main event for this year’s Shark Week is Tyson vs. Jaws: Rumble on the Reef. They’ve even let loose a teaser trailer to drum up hype — or rather, throw some chum in the water.

The big fight goes down on Sunday, August 9th, kicking off the 32nd annual Shark Week festivities. To make this even more official, Discover has brought in famed ring announcer Michael Buffer to call the shots as Tyson goes “toe to fin with one of the ocean’s top apex predators,” according to a truly spirited press release.

“I took on this challenger to overcome fears I still deal with in life,” Tyson explains. “I equate this with overcoming my fear of getting back into the ring at 54 years old. I learned from this experience doing Shark Week that whatever intimidates me, I am still able to step up to the challenge of overcoming anything that would prevent me from accomplishing my life’s mission of reaching my highest potential in life and bringing me closer to God.”

Whether or not he attains total consciousness remains to be seen, though the match should be quite a splash for boxing and shark fans alike. And for those worried that the heavyweight champion might hurt a shark, a press release confirms that “no sharks were harmed (or bitten) in the making of this episode.” But, what about Tyson?

We’ll find out in August. Until then, watch the teaser below and catch you at the shore. Don’t have Discovery Channel? You can watch via Hulu Live. Sign up now for a free 30-day trial!

Who you got in @MikeTyson vs. Jaws?