A track condemning white supremacy in honor of Juneteenth 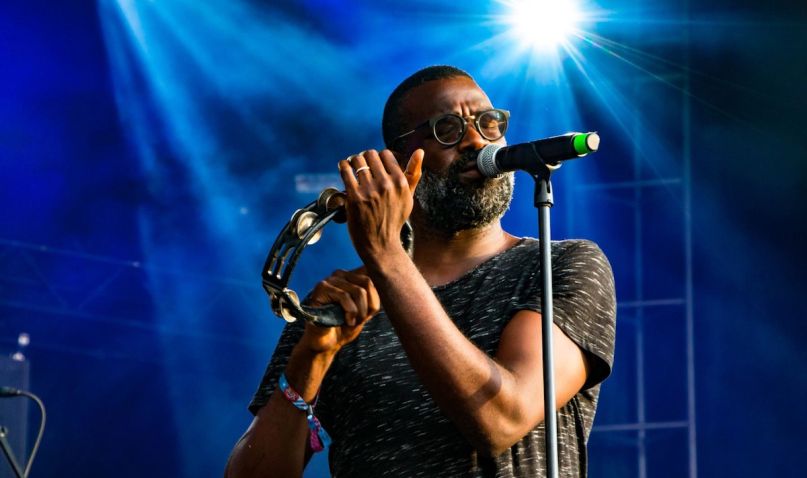 In honor of Juneteenth, aka Freedom Day, Tunde Adebimpe has released a new protest song.

Simply dubbed “People”, this offering sees the TV on the Radio frontman instructing his listeners to confront and condemn white supremacy wherever it rears its ugly head. “If you see it’s a Nazi, say it’s a Nazi, and get that Nazi out,” declares Adebimpe on the track.

“People” was self-produced by the indie rocker with assistance from friend and TV on the Radio drummer Roofeo. It’s available to stream and/or purchase below via Bandcamp, and all proceeds will benefit the Southern Poverty Law Center, Movement for Black Lives, and the ACLU. For the rest of Juneteenth, Bandcamp, too, will be donating its share of profits to the NAACP Legal Defense Fund.

Earlier this month, Adebimpe performed TV on the Radio’s “Love Dog” on Colbert. The 2008 single is “about resilience in the face of despair and I hope you get something from it. Sending a lot of love and strength to everyone,” he said at the time. Additionally, Adebimpe recently shared an Instagram video dedicated to black victims of police brutality George Floyd, Breonna Taylor, and Ahmaud Arbery. It was also in tribute to Tony McDade and Nina Pop, two black trans people who were killed by law enforcement.