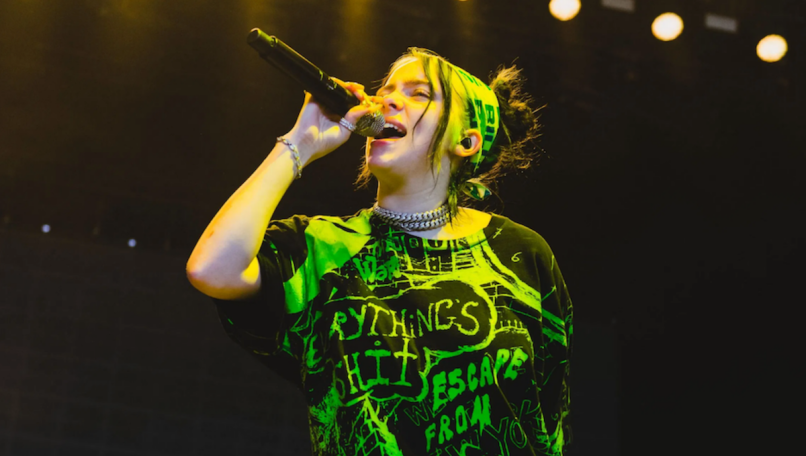 As a global, mainstream pop star, Billie Eilish is constantly in the public eye, with everything from her fashion to her politics heavily scrutinized. However, she’s consistently made it a point to reject any forms of objectification, especially when it comes to her body.

She recently released a short film on the topic, Not My Responsibility, as well as issued a powerful statement on body-shaming during the kick-off date of her “Where Do We Go? Tour”. Now, in a new interview with GQ, Eilish goes into more personal detail regarding her self-image and why she presents her body to the world in the way that she does. She also talked about her status as mainstream media “clickbait”.

In the feature, the 18-year-old megastar admitted that she’s “never felt desired” before. “My past boyfriends never made me feel desired. None of them,” she said. “It’s a big thing in my life that I feel I have never been physically desired by somebody.”

Those past relationships have influenced her to dress in such a way that no one can ever objectify her. “So I dress the way I dress as I don’t like to think of you guys – I mean anyone, everyone – judging it, or the size of it,” explained Eilish, adding, “Sometimes I dress like a boy. Sometimes I dress like a swaggy girl. And sometimes I feel trapped by this persona that I have created because sometimes I think people view me not as a woman.”

These comments echo similar ones Eilish made in 2019. Speaking about her wardrobe of loose clothing, she remarked: “That’s why I wear baggy clothes… Nobody can have an opinion because they haven’t seen what’s underneath. Nobody can be like, ‘she’s slim-thick,’ ‘she’s not slim-thick,’ ‘she’s got a flat ass,’ ‘she’s got a fat ass.’ No one can say any of that because they don’t know.”

Later in her GQ interview, our 2018 Rookie of the Year acknowledged her immense fame and what it’s like to have every move or word dissected. “I am clickbait at the moment. Anything with my name on it or anything I say or do can and will be used against me,” said Eilish. “I don’t watch people’s [Instagram] Stories, I quit Twitter a couple of years ago.”

While having such a public persona can be difficult, it also means she has the power to amplify certain voices and causes. Eilish did just that last week, when she called out white people advocating that #AllLivesMatter in the wake of George Floyd and Black Lives Matter protests.

“I’ve been trying to take this week to figure out a way to address this delicately. I have an enormous platform and I try really hard to be respectful and take time to think through what I say and how I say it,” she wrote on Instagram, continuing, “But holy fucking shit I’m gonna just start talking.” She then shut down #AllLivesMatter protestors by telling them to “shut the fuck uuuuuuuuuuuuuuuuuuuup.”

Read Eilish’s full GQ interview here, and watch Not My Responsibility below.