A&E Cancels Live PD, One of the Highest Rated Shows on Cable TV 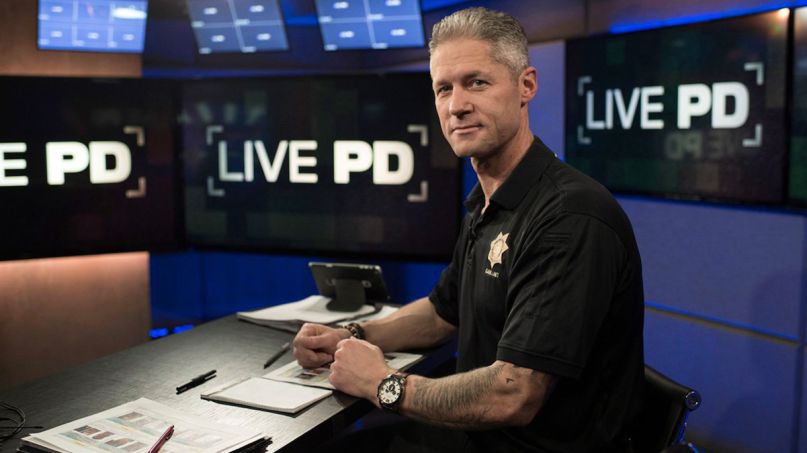 Just one day after Paramount Network cancelled Cops, A&E has turned off the sirens of another hit police show: Live PD.

As Deadline reports, the decision to cut the feed on Live PD was made jointly by A&E and MGM-owned production company Big Fish Entertainment. In a statement, the network said,

“This is a critical time in our nation’s history and we have made the decision to cease production on Live PD. Going forward, we will determine if there is a clear pathway to tell the stories of both the community and the police officers whose role it is to serve them. And with that, we will be meeting with community and civil rights leaders as well as police departments.”

Live PD aired for three hours on Friday and Saturday nights, bringing live feeds from police patrols to viewers with commentary from host Dan Abrams (Chief Legal Affairs anchor for ABC News), crime reporter Tom Morris Jr., and Tulsa PD Sgt. Sean “Sticks” Larkin. It was the No. 1 watched show in its slot in 2019, and became one of the most watched programs on all of cable TV throughout the pandemic. In May, A&E renewed the series for an additional 160 episodes. Just yesterday, Abrams said he expected the show to return to the air, promising fans, “we are not abandoning you.”

However, new episodes were pulled from A&E’s schedule in the wake of protest surrounding the murder of George Floyd. Then came a scandal regarding footage of another police killing of a black man, Javier Ambler II. Earlier this month, it was revealed Live PD had destroyed footage it had captured of Ambler’s death while filming a segment that was never aired.

Ambler led Austin, Texas police on a 20-minute chase after they attempted to stop him for a traffic violation on March 28th, 2019. He ended up crashing his vehicle and exited with his hands up. Officers reportedly pinned him down and tased him three to four times, all of which the accompanying Live PD crew and police body cameras recorded. Ambler reportedly said he wasn’t resisting, informed officers that he had a “congestive heart failure,” and uttered the all too familiar phrase, “I can’t breathe.” Before he was tased a final time, he is said to have pleaded, “Save me.”

APD body cam footage wasn’t released until just recently. A&E said it in a statement that neither the network “nor the producers of Live PD were asked for the footage or an interview by investigators from law enforcement or the District Attorney’s office.” As such, they “no longer retained the unaired footage after learning the investigation had concluded.”

In May, the Williamson Country Commissioners Court sued Williamson County Sheriff Robert Chody and Big Fish Entertainment for filming without permission. The court had canceled a previous contract with the production company in August 2019, partially due to concerns over a “lack of access to evidence gathered by film crews on patrols with deputies” (via USA Today).

I appreciate all the questions about the horrible death of Javier Ambler. Unfortunately the @statesman story was filled with inaccuracies. See below. Thanks. pic.twitter.com/3Zw3SXd030

To all of you asking whether #LivePD coming back. . .The answer is yes. All of us associated with the show are as committed to it as ever. We are still discussing some specifics but I want to assure the #LivePDNation that we are not abandoning you.