Soccer Mommy Goes on Tour in New 8-Bit Video for “crawling in my skin”: Watch 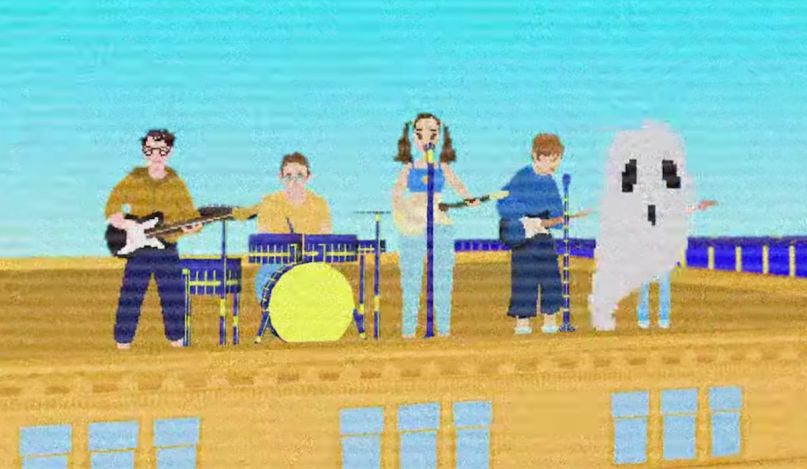 If you’re not aggressively baking bread in quarantine, chances are most of your time is spent online. That’s been the case for Soccer Mommy, who has adapted to the lockdown era by getting super creative about her digital presence. Not only did she throw a massive online concert on video game platform Club Penguin Rewritten (featuring more than 10,000 “attendees”), but she also recently released a set of her own Zoom background images.

For her latest endeavor, the indie songwriter also known as Sophie Allison has found a way to go “on tour” without ever leaving her home. Enter her 8-bit music video series concept for “crawling in my skin”. Directed by Bella Clark, each clip follows Soccer Mommy as she “performs” in different North American cities alongside her fellow 8-bit band members.

Altogether there are five “virtual tour” videos for Minneapolis, Chicago, Seattle, Toronto, and Austin. Specific local landmarks appear in each, but with a special twist. For example, Soccer Mommy plays atop Chicago’s famed Congress Plaza Hotel, but with assistance from some of its ghostly inhabitants (see screenshot above).

“It’s really hard having our tour be postponed because I was really excited to play all of the songs on color theory for everyone, ‘crawling in my skin’ in particular,” she remarked in a statement. “I hope this little 8-bit performance can hold everyone over until the tour can happen.”

Watch the “crawling in my skin” video playlist below. They all come in support of her excellent color theory album from February.

Sophie Allison recently spoke to Kyle Meredith With… about her new album. Revisit the interview below.