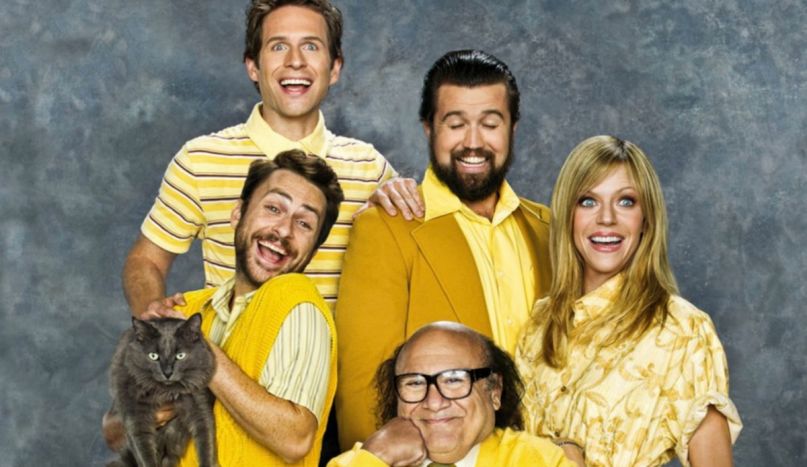 It's Always Sunny in Philadelphia

Over 14 season, It’s Always Sunny in Philadelphia has embraced Frank Reynolds’ guiding principle: “I don’t know how many years on this Earth I got left. I’m gonna get real weird with it.” All that strangeness has paid off in record fashion, as FX has renewed the show for a 15th season, making it the longest-running live-action comedy series of all time.

With last year’s Season 14, the gang tied ABC’s The Adventures of Ozzie and Harriet for the title, but when Season 15 airs in 2021, they’ll officially make TV history. Such a lofty and seemingly unreachable feat sounds like it could easily be the plot for one of Mac, Charlie, Dennis, Dee and Frank’s ambitious adventures — except here they actually accomplished what they set out to do. Grab a rum ham and celebrate accordingly.

Although exciting, the news is not entirely out of the blue. Earlier this year, creator and executive producer Rob McElhenney (who plays Mac) promised Sunny fans that the cast will “keep doing it forever if people keep watching.” Then back in April, he posted on Instagram that he was writing new episodes in quarantine.

Making the cast’s investment in continuing the long-running series even more impressive is how busy they are outside of the show. Earlier this year, McElhenney and Sunny co-star Charlie Day premiered their Apple TV+ show Mythic Quest: Raven’s Blanket, which was picked up for a second season even before its debut. Day also does steady work in movies, most recently returning to voice Benny the astronaut in The Lego Movie 2: The Second Part. Danny Devito (Frank) also remains a frequent Hollywood face, starring in last year’s Jumanji sequel and live-action Dumbo remake.

Meanwhile, Kaitlin Olson (Dee) co-starred alongside Will Forte in the Quibi show Flipped, in addition to playing a prominent role in the latest season of Curb Your Enthusiasm. Glenn Howerton (Dennis) stars in the comedy series A.P. Bio, which was recently given a Season 3 revival by NBC’s streaming service Peacock after getting canceled by the network. He also has a role in the Kiefer Sutherland-starring The Fugitive reboot for Quibi.

Last year, Consequence of Sound named Always Sunny not only one of the top TV shows of 2019, but one of the best of the decade.