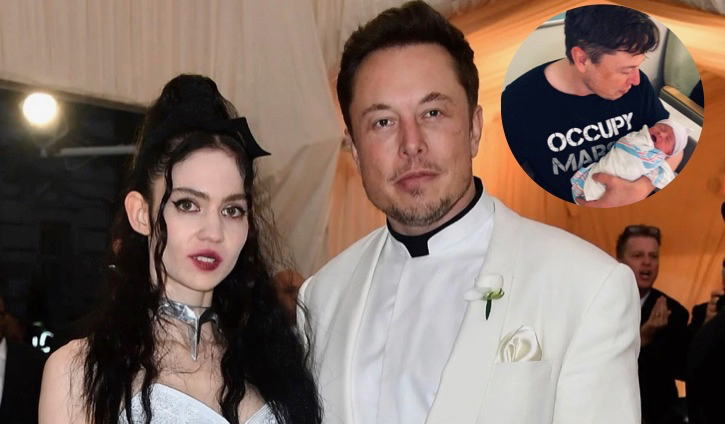 Grimes and Elon Musk welcomed a healthy baby boy into the world on Monday.

Musk shared the news on his Twitter account, revealing that “mom & baby all good.” He tweeted that the baby is named “X Æ A-12 Musk”, which fans are theorizing translates to either “Ash” or “Sasha”. (The Æ is an e-ligature pronounced ‘ash’; when you combine the X, ‘ash’ and A, you get Sasha.) Meanwhile, “A-12” appears to be a reference to the Lockheed A-12 OXCART, a reconnaissance aircraft built for the CIA. The codename for the A-12 is “Archangel”. Grimes also has an album called Art Angels. So, the little baby’s full name could be Ash or Sasha Archangel Musk. Elon liked a tweet suggesting as much.

Along with the name, Musk shared two photos of the baby. You can see them below.

Grimes and Musk have been dating since early 2018. “X Æ A-12” is Grimes’ first child. Musk has five children from a previous relationship.