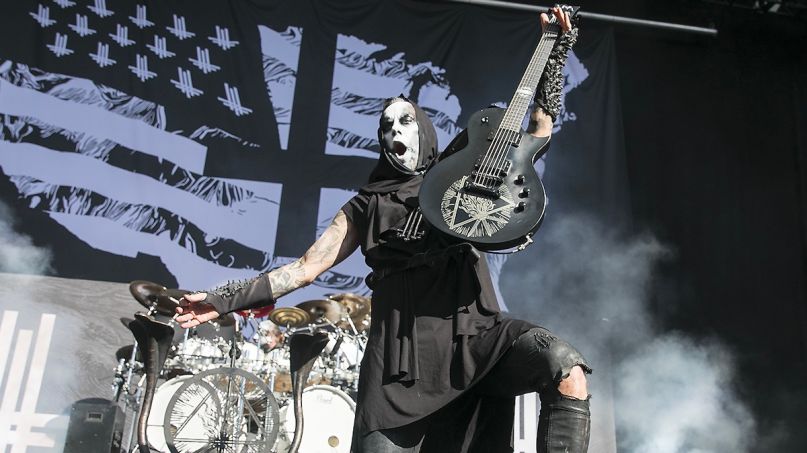 Behemoth have just released their new EP, A Forest, which includes two different covers of The Cure’s song by the same name, as well as two new original tracks.

Previously, Behemoth shared the studio version of “A Forest”, which puts an extreme-metal spin on the goth classic and features guest vocals from Shining’s Niklas Kvarforth. The EP also boasts a live version of the Cure song that was recorded at a December 2018 gig in Poland.

Along with the EP’s release, Behemoth have unveiled a visualizer for the song “Evoe”, one of two previously unreleased original tracks on the EP that were recorded during the sessions for 2018’s I Loved You at Your Darkest album.

In other news, a trailer has been revealed for an upcoming documentary about Behemoth frontman Adam “Nergal” Darski. The film, titled Adam the Apostate, is described as “an expansive filmic biography of Adam ‘Nergal’ Darski, many-faced leader of extreme metal band Behemoth, covering his humble beginnings in Cold-war Poland, rise to musical excellence and fame as well as successful fights against both cancer and dubious legal prosecution.” It is tentatively set to be released this fall.

Watch the visualizer for “Evoe”, the live version of “A Forest”, and the trailer for Adam the Apostate below, followed by a stream of the entire A Forest EP on Apple Music or Spotify. Fans can also purchase the EP here.