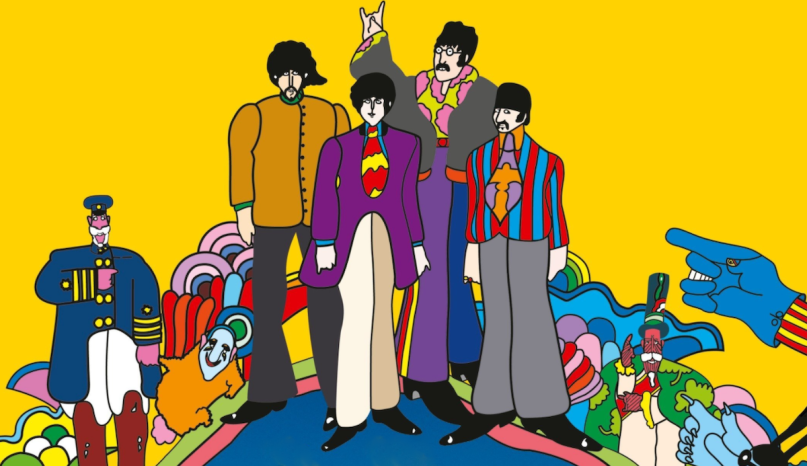 With all planned tours and music events on indefinite hold because of the the coronavirus pandemic, artists have turned to livestreaming to reach their fans. Today’s schedule includes the Minecraft music festival Block by Blockwest featuring Massive Attack, Pussy Riot, HEALTH, and Cherry Glazerr.

The Beatles are hosting a live sing-along of Yellow Submarine, Genesis and Dead & Company are streaming classic concerts, DJ D-Nice is bringing back Club MTV, and The Losers’ Club are hosting a watch-along of the original Pet Sematary.

The Losers’ Club podcast is hosting a live watch-along of 1989’s Pet Sematary on Twitch.

The Beatles are inviting the world to sing along with Yellow Submarine as they stream the 50th anniversary sing-a-long version of the classic cartoon. This restored version of the movie, with the lyrics scrolling across the bottom of the screen karaoke-style, hasn’t been seen since 2018.

All weekend, New Kids on the Block are taking to the virtual seas for a digital cruise. Saturday is “Glitter Night”, kicking off with a Jordan Knight solo event on Instagram, followed by a game show, baking with Danny Wood, a live concert from Joey McIntyre, and the “Glitter Night Party” with all of NKOTB at 9:00 p.m. to 11:00 p.m. EDT.

“Live from Out There”

La Blogothèque is offering a new spin on its beloved “Take Away Shows” with “Stay Away Shows”. As they explain it, “We want our entire community and all music lovers to have access to their favourite artists and discover new talents during the confinement period. That’s why we’re launching the ‘Stay Away Shows’. Every day, at 7:00 p.m. Paris time, 2:00 p.m. NYC time, 11:00 a.m. LA time, on our Instagram, friends from The Blogothèque will come and play a live show with a lot of surprises. Please, stay home, stay safe.”

Papa Roach celebrate the 20th anniversary of their debut album, INFEST. The band discusses the LP, which featured hits like “Last Resort” and “Broken Home”, alongside original drummer Dave Buckner, together with the group for the first time in 13 years.

Today, Genesis continue their new digital film festival. Every Saturday until May 16th, the band makes a new concert film available on YouTube for seven days. Next up is The Mama Tour from 1984.