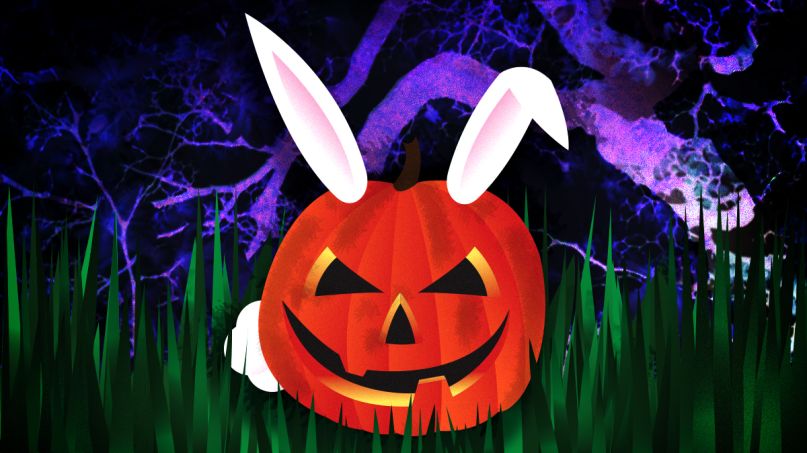 As April becomes May, Halfway to Halloween Month comes to an end. Don’t be sad, though, that only means we’re closer to the real deal, and five months should (hopefully) go by fast as we twiddle our thumbs in quarantine.

For now, you can revisit all of the content and programming that Consequence of Sound published throughout the entire month of April. From chilling interviews to live watch-alongs to spooky podcasts, there were plenty of things going bump in your feed.

Below, we’ve collated a bag of bones to sort through…

Over on our Twitch channel, the voices behind the The Losers’ Club, Halloweenies, and The Horror Virgin podcasts hosted weekly screenings every Saturday and Sunday night. Most, if not all of them, are still available to re-stream.

–Saturday, April 4th: Friday the 13th via Shudder with Halloweenies

–Sunday, April 5th: The Exorcist via Shudder with The Horror Virgin

–Saturday, April 11th: It: Chapter Two via HBO Go with The Losers’ Club

–Sunday, April 12th: The Ring via Netflix with The Horror Virgin

–Sunday, April 26th: Halloween via Shudder with The Horror Virgin

Throughout the month, we spoke to some of the most essential names in horror from yesterday, today, and tomorrow. Below, you can revisit all of our exclusive (and rather lengthy) interviews.

— Ahead of its premiere, Cursed Films director Jay Cheel offered a behind-the-scenes look at Shudder’s exciting new docu-series that explores all the myths and legends surrounding your favorite horror movies.

— The late and great filmmaker Stuart Gordon was immortalized in an exclusive interview by writer Simon Abrams. Prior to his untimely passing, the two were able to revisit 1985’s Re-Animator and its enduring legacy.

—The Queen of Halloween herself Cassandra Peterson, aka Elvira the Mistress of the Dark, spoke with Editor-in-Chief Michael Roffman about her influence over horror and leading the charge for women in the genre.

—Before he pulled back up to The Last Drive-In, host and horror scholar Joe Bob Briggs joined Relevant Content to preview the new season. Last year, he shared some incredible stories involving Stephen King.

—Star and producer Barbara Crampton hopped on the line with Editor-in-Chief Michael Roffman to discuss her epic return to the horror genre and how she’s working on securing more roles for women now and in the near future.

—And finally, FX maestro Tom Savini joined the Halloweenies: A Jason Voorhees Podcast to discuss life in quarantine, the power of dreams, his love for horror movies, and why he’s given up on the Friday the 13th franchise.

Nobody can stop our trusty podcast hosts from delivering audio content on a weekly basis — not Jason, nor Michael, nor even the coronavirus. As always, The Losers’ Club, Halloweenies, and The Horror Virgin were right there in your feed.

—The Horror Virgin sorted through Marcus Dunstan’s The Collection.

— The Horror Virgin hung out with Dr. Herbert West, aka the Re-Animator.

This is only the beginning. Rest assured, there will be more spooky in the months leading up to Halloween — from guides to rankings to lists to features — so stay tuned to Consequence of Sound on Facebook, Twitter, and Instagram.