Elon Musk Demands COVID-19 Restrictions Be Lifted: “Give People Their Freedom Back!”

He drew the ire of pop star Ariana Grande's mom: "How incredibly irresponsible of you!" 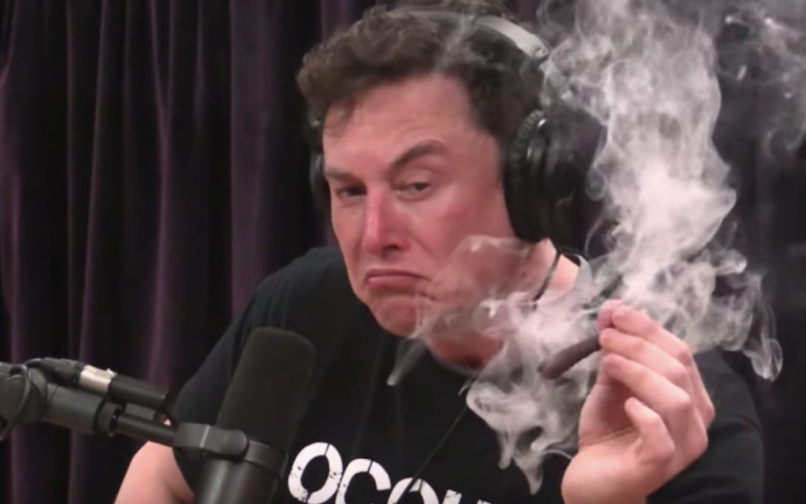 Elon Musk has been one of the most vocal figures spouting coronavirus misinformation on Twitter. He’s touted unproven medications, falsely claimed kids are immune, over-promised on ventilators, and made wildly inaccurate prediction that new US cases would be “probably close to zero” by the end of this month. Now, the Telsa founder has doubled down on his “coronavirus panic is dumb” remarks in a series of anti-lockdown tweets.

Musk’s latest spree was focused on reopening the country, with the most recent tweet reading simply, “FREE AMERICA NOW.” He also shared stories about social distancing restrictions being lifted in Texas and Iowa, praising the moves and demanding governments “Give people their freedom back!”

He even agreed with a well-known Trump “firster” (someone who responds to Trump’s tweets “first” to gain prominent placement in threads) who tweeted that the “scariest thing” about the crisis was “seeing American so easily bow down & give up their blood bought freedom to corrupt politicians who promise them safety” [sic].

Now, there are arguments to be made that the careful rolling back of restrictions in certain locales could be okay; even New York, the worldwide hot spot, is beginning to discuss it. At the same time, the very reason the infection and mortality rate hasn’t been as bad as some projected is because those measures are in place, and removing them too quickly could easily cause a renewed spike in cases and deaths.

The fact that Musk, ostensibly a man of science and above-average intelligence, would promote such coronavirus “truther” theories without an appropriate level of nuance has set Twitter ablaze. For one, pop star Ariana Grande’s mom wasn’t shy about voicing her opinion on Musk’s careless words.

“How incredibly irresponsible of you,” Joan Grande tweeted. “And you think you are a person of science and technology… You’re a disgrace…. and now I have to get ride of my TESLAs….” (Yeah, we caught that pluralization there, Mama Grande. #HumbleBrag is back.)

How incredibly irresponsible of you…. and you think you are a person of science and technology… you're a disgrace…. and now I have to get rid of my TESLAs… oh well…oh… and you clearly are not very smart! #BoycottTesla

As it has been since the start, the coronavirus pandemic is a very fluid situation, and the scientific community is learning new information daily. Even the numbers we do have are likely flawed due to a lack of accurate, widely available testing, especially when it comes to antibodies. While it’s true the curve has begun to flatten and it’s understandable workers are itching to get back to earning a living, there’s a reason experts are called experts and Musk is called “engineer, industrial designer, technology entrepreneur, and philanthropist.”

Some have even pointed out Musk’s own belief in this, posting screenshots of a November 2017 tweet he sent out quoting Mustafa Kemal Atatürk: “If one day, my words are against science, choose science.”

That said, Musk has tried to help, sending CPAP and BiPAP machines to hospitals (though the safety and effectiveness of the non-invasive ventilators without modifications has been questioned). Regardless, guidelines from the CDC and the White House caution against opening states back up too soon — instructions a number of states are already ignoring.

Give people their freedom back! https://t.co/iG8OYGaVZ0