Also get a glimpse of Javier Bardem, Jason Momoa, Rebecca Ferguson, and more 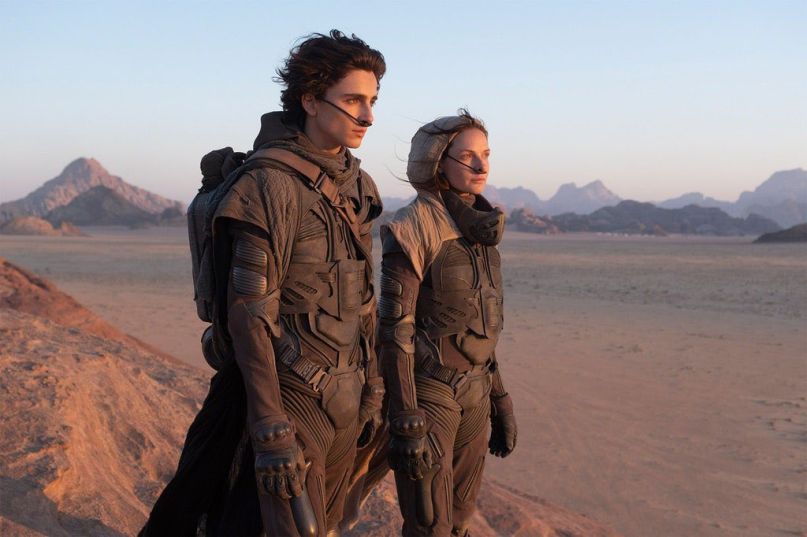 The world of Denis Villeneuve’s Dune continues to unfold before our eyes. As promised, Vanity Fair has dropped its trademark cover story surrounding the forthcoming sci-fi epic, unleashing first looks at the film’s A-list cast and a few key details on the film.

If you thought that first photo of Timothée Chalamet as Prince Paul Atreides was spicy, this latest batch should leave you sweltering. Below, you can see portraits of Oscar Isaac as Duke Leto, Rebecca Ferguson as Jessica Atreides, Javier Bardem as Stilgar, Zendaya as Chani, Josh Brolin as Gurney Halleck, Jason Momoa as Duncan Idaho, and Sharon Duncan-Brewster as Dr. Liet Kynes.

Not surprisingly, Villeneuve is staying mum on a number of details. However, fans can take solace in knowing that Frank Herbert’s source material is officially being parsed out over two films. “I would not agree to make this adaptation of the book with one single movie,” Villeneuve explained. “The world is too complex. It’s a world that takes its power in details.”

Of the changes to the source material, Villenueve teased a few minor upgrades. He argued that the villain Vladimir Harkonnen in Herbert’s novel was “flirting very often with caricature.” As such, “I tried to bring him a bit more dimension. That’s why I brought in Stellan [Skarsgard],” Villenueve explained.

He has also expanded the role of Jessica Atreides, as the Ferguson detailed, “Denis was very respectful of Frank’s work in the book, [but] the quality of the arcs for much of the women have been brought up to a new level.”

With all that in mind, Villenueve contends that Dune is the “the most difficult thing I’ve done in my life,” which says a lot given his resume that includes, ahem, 2017’s Blade Runner: 2049. Based on what we’re seeing, though, it appears he’s adding another gem to the portfolio.

Dune hits theaters — god willingly — on December 18th. Consult the photos below and stay tuned for more coverage as this colossal project unfolds. At the very least, you could kill some time in quarantine by reading the book. There’s also David Lynch’s vision…

House of Atreides in Dune, photo by Chiabella James