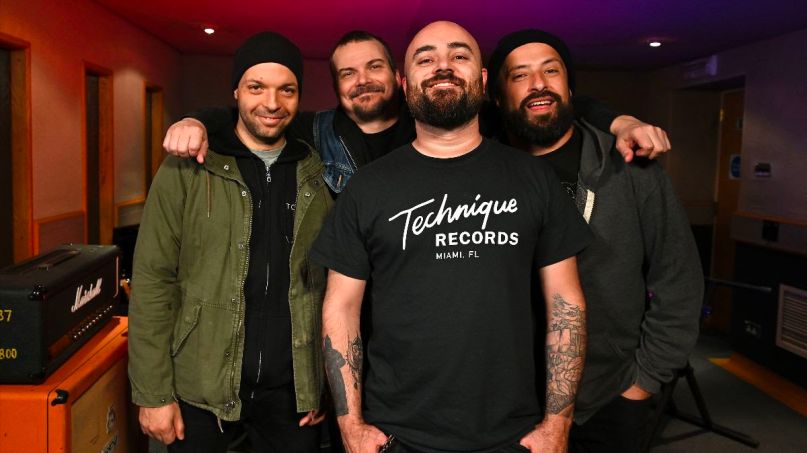 Earlier this month, Torche brought their sludge pop to the British airwaves, recording a session at BBC Radio 1’s Maida Vale. The band is now sharing the live recordings, which come after Torche canceled the remaining dates of its European tour due to the coronavirus pandemic.

Although fans can’t experience Torche’s quaking frequencies in person, the BBC session is a worthy hi-fi document of the band’s live format. Tracks from 2019’s Admission are rendered even more massive and crushing, capturing the utter sound Torche produces with just their instruments and limited post-production and studio trickery.

“Having the privilege of doing a BBC session could not have come at a better time,” the band said in a press release. “The experience at Maida Vale is always fun and inspiring, but with the way things are going in the world at the moment, we are even more grateful for opportunities like these. In the midst of the tour cancellation we faced earlier this month, this session is something very special to come out of a trying time.”

The recordings come as a consolation during a time of isolation for artists and audience alike. Torche called off the remainder of their co-headlining European tour with Russian Circles due to the threat of COVID-19, returning to their hometown of Miami in mid-March.

Prior to that, the band actively witnessed the pandemic unfolding while still abroad, encountering a series of chaotic (and expensive) episodes as the coronavirus actively spread. Jokes about performing at SXSW wearing masks soon turned into serious concern.

“It was definitely in the news, but even when we were in Russia, people were still making jokes about it, and we assumed that’s how it would be everywhere,” drummer Rick Smith told Miami New Times.

Added guitarist Jon Nunez, who’s currently isolating on his father’s remote land near the Everglades: “At some point, you have to be courteous to the people that are going to go to your shows, because you could be putting people at risk. A lot of people might not even know they have some underlying health issues, so we have a responsibility to them as well as ourselves.”

You can listen to Torche’s full two-hour live session via the BBC website. The band also recently unveiled another collection of tunes, Part Time Punks Session, recorded in the fall of 2019 at radio station KXLU 88.9FM in Los Angeles.