Ahead of the London duo's appearance at Coachella 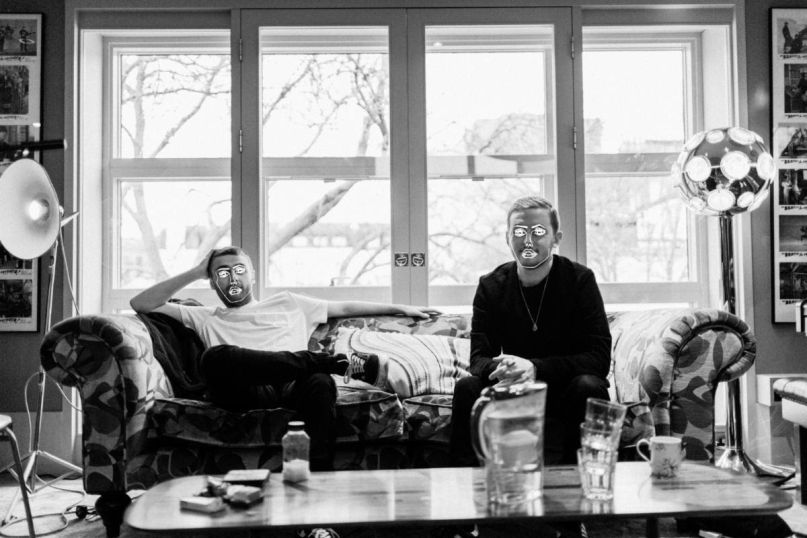 After a weeks’ worth of daily song drops, Disclosure have now released a surprise EP. Stream Ecstasy in full below via Apple Music or Spotify.

Ecstasy includes the UK dance duo’s previous singles, “Tondo”, “Expressing What Matters”, and the title track. The collection is rounded out by two all-new tracks in “Get Close” and “Etran”.

As noted before, “Tondo” samples the Cameroonian musician Eko Roosevelt, while “Expressing What Matters” includes a sample of the Boz Scaggs track “Lowdown”. New offering “Etran” also features a sample, specifically of Niger-based band Etran Finatawa. “Get Close”, meanwhile, is made up of completely original material, some of which date back years.

“Years ago we wrote a song called ‘Get Close’ that never saw the light of day,” the Lawrence brothers commented in a statement. “We aren’t usually ones to go back to an old idea after so long, but we never got that hook out of our heads.”

Today’s EP comes a few weeks after “Know Your Worth”, the electronic music outfit’s collaboration with Khalid. It also serves as the long-awaited follow-up to their Caracal from 2015. To support the surprise project, Disclosure have mapped out a few upcoming tour dates, including festival appearances at Coachella, iii Points Festival, Rock Werchter, and Primavera Sound. Snag your concert tickets here.