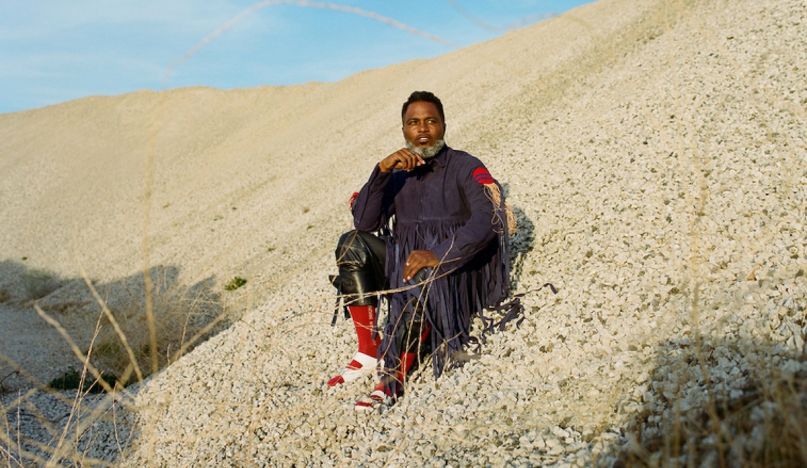 This spring will see the return of Shabazz Palaces. The experimental hip-hop outfit is due to release a new album called The Don of Diamond Dreams on April 17th via Sub Pop.

The forthcoming effort follows the group’s pair of 2017 records, Quazarz: Born on a Gangster Star and Quazarz vs. The Jealous Machines. It also follows the debut of 319, the new collaborative project from Shabazz Palaces mastermind Ishmael Butler and Oneohtrix Point Never’s Daniel Lopatin.

“Therein, The Don of Diamond Dreams embodies a futuristic manifestation of ancient myth, full of robotic vocoder and warped auto-tune, Funkadelic refracted into different dimensions, weird portals and warm nocturnal joy rides alongside the coast (a reflection of it being mixed near the beach in California). The synthesizers are alien but the drums speak a universal language. It is hip-hop, dub, jazz, R&B, soul, funk, African, experimental, and occasionally even pop.”

There are 10 songs found on the album, including “Chocolate Souffle”, “Money Yoga”, and lead single “Fast Learner” featuring Purple Tape Nate. Hear that tune below.

The Don of Diamond Dreams is available for pre-order now. A slate of tour dates in support will be announced in the coming weeks.

The Don of Diamond Dreams Artwork: