Including over two-thirds of women 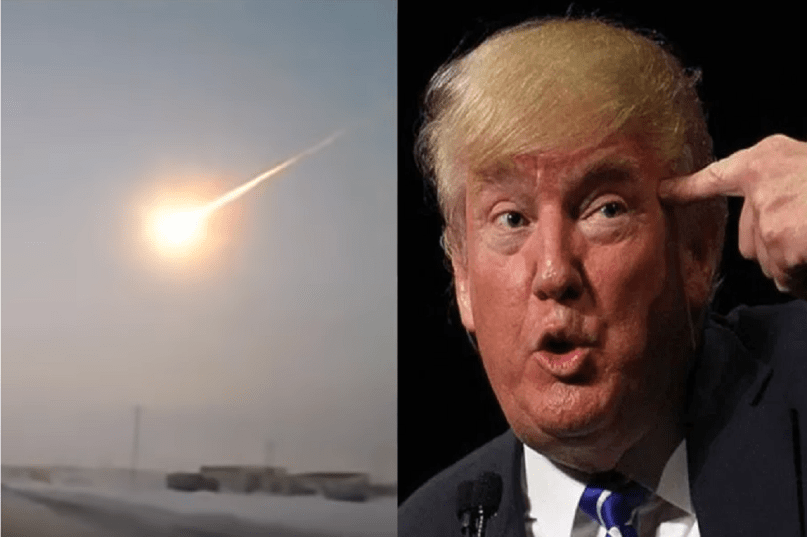 Given the choice, a large majority of New Hampshire Democrats would prefer that, “A giant meteor strikes the earth, extinguishing all human life,” to Donald Trump winning re-election.

The new poll comes from the Center for Public Opinion at UMass Lowell. In an online survey of 400 likely voters, 64% of democrats chose the death of all Earthly creatures over four more years of the “very stable genius.” Self-identified Independents were more torn, narrowly desiring a Trump victory to total annihilation, 51% to 49%.

Compared to men, women were far more likely to choose the meteor, with over two-thirds of female respondents desiring Omnicide over the pussy-grabber-in-chief. Even 28% of conservatives would rather experience death from above, though these are the kind of conservatives who are likely to vote in the Democratic primary, so take that for what it’s worth.

Whether you lean right or prefer that no one’s left, we can all agree that these kinds of questions are more fun than useful. In 2016, the same pollster found that 53% of young people would prefer planetary destruction to either Hilary Clinton or President Trump. The co-director of the CPO, Joshua Dyck, told Reuters that, “Obviously we don’t think that they’re serious. The fact that one in four of our young people pick ‘Giant Meteor’ tells you something about the political disaffection that is being shown by American youth.”

In other words, take the question seriously but not literally.

Not all liberals want to be hit with a meteor; Robert de Nero would rater hit Trump in the face with, “a bag of shit.” But if there really was a large rock heading our way, perhaps it could be stopped by Trump’s new Space Force, the logo of which sure looks a lot like the old Starfleet Command insignia from Star Trek.

UMass Lowell poll: 62% of New Hampshire Democrats would rather see a giant meteor strike the earth and extinguish all human life than see President Trump get re-elected. pic.twitter.com/YAoXyP1I1Q