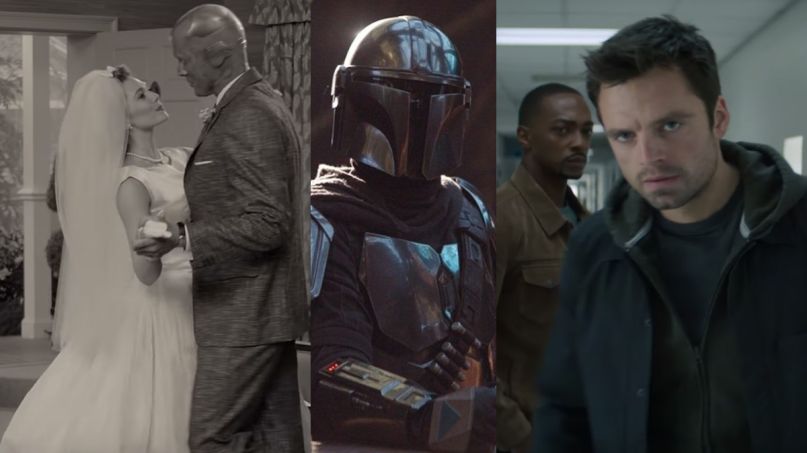 WandaVision, The Mandalorian, and The Falcon and Winter Soldier (Disney)

Disney+ is going to make sure they have your attention during every season this year. The streamer has revealed general release dates for three highly anticipated series — The Mandalorian Season 2, The Falcon and Winter Soldier, and WandaVision — and they’re perfectly paced in summer, fall, and winter.

CEO Bob Iger delivered the dates during an earnings call on Tuesday. In addition to boasting about Disney+ attracting 28.6 million paid subscribers just three months into its existence, he revealed the a second season of The Mandalorian should be expected in October. What’s more, he suggested plans for further seasons are already in the works, and that there is “the possibility of infusing it with more characters and taking those characters in their own direction in terms of series.”

Yes, while work on Ewan McGregor’s Obi-Wan Kenobi series has been delayed, Iger and Disney+ are already looking for other ways to expand the Star Wars universe. That said, Iger did confirm that Obi-Wan and the Diego Luna-starring Rogue One prequel series are still very much in the cards. He added that future cinematic Star Wars productions are also being developed, giving credence to reports that both Thor: Ragnarok director Taika Waititi and Marvel head Kevin Feige will be traveling to a galaxy far, far away. For now, however, the focus is squarely on Disney+.

Bookending The Mandalorian Season 2 will be Disney+’s first two Marvel Cinematic Universe shows. First up, Anthony Mackie and Sebastian Stan will return as their respective Avengers characters in The Falcon & The Winter Soldier this August. WandaVision, reuniting Elizabeth Olsen and Paul Bettany, will follow in December. Disney released a first look at both series with a Super Bowl spot over the weekend.

That commercial also featured a brief glimpse at Tom Hiddleston’s Loki series, which, like WandaVision, is said to have a direct connection to the Doctor Strange sequel, In the Multiverse of Madness. With that film scheduled for a May 2021 release and given the rollout pattern Iger just revealed for the three series mentioned here, it seems logical to expect a spring 2021 debut for Loki.

According to The Hollywood Reporter, Iger also said during the call that “there are seven other Marvel series in various stages of development or pre-production” beyond the first three. Notice that’s “seven” and not “several.” We know Marvel is currently working on adaptations of What If?, She-Hulk, Moon Knight, Ms. Marvel, and Hawkeye; if we’re taking Iger at his word, that means there are possibly two other MCU series in the works.

By Odin’s beard, it’s a good time to be a geek.