Based on the comic book by Joe Hill, son of Stephen King 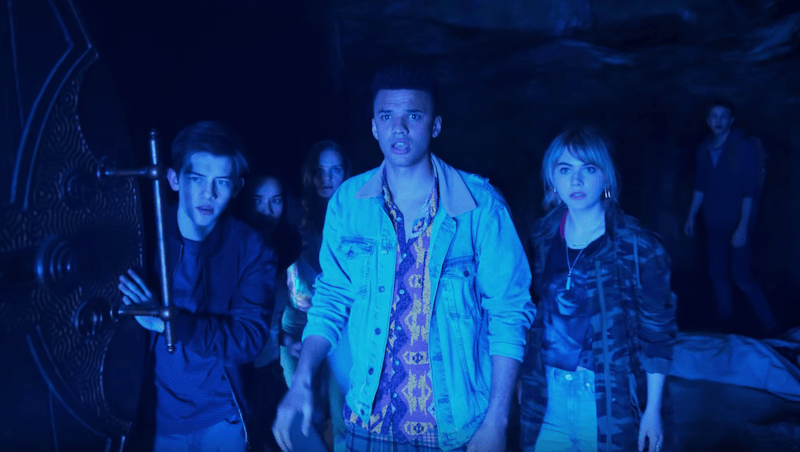 Netflix may have parted ways with Marvel, but it seems to be finding plenty of success by partnering with smaller comic publishers. Last year’s The Umbrella Academy, an adaptation of My Chemical Romance frontman Gerard Way’s Dark Horse Comics series, was one of the streamer’s most-watched titles of 2019. The content powerhouse will surely hope for similar numbers with their latest show, Locke & Key.

Created by Eisner Award winner Joe Hill, son of horror great Stephen King, Locke & Key ran for six six-to-seven issue miniseries between 2008 and 2013. The story centers on the Locke family, who move into their ancestral Massachusetts home, Keyhouse, after the gruesome murder of their father. There, they discover a series of mysterious keys that literally unlock various supernatural abilities. Of course, it turns out their father’s death is connected to these powerful openers, as a demon is seeking to attain the keys for devious purposes.

A live-action adaptation has been in the works in some form almost since the beginning. In 2010, FOX ordered and then passed on a well-received pilot created by Alex Kurtzman and Bob Orci with Steven Spielberg onboard as a producer. Kurtzman and Orci then tried to get a film trilogy off the ground at Universal Pictures in 2014. By 2016, it was a back on the TV track, with Hulu ordering a pilot the following year. Carlton Cuse was brought on to develop the project, with It director Andy Muschietti and writer Barbara Muschietti amongst the executive producers, but that series again failed to receive a pickup order.

That’s when Netflix swooped in and placed a series order. With Cuse back on as showrunner alongside Meredith Averill, the Muschietti’s retaining their roles, and Hill writing the first episode with Eli Coleite, the show was given a new cast and a 10-episode season order. Jackson Robert Scott (It), Connor Jessup (American Crime), and Emilia Jones (Brimstone) star as the Locke siblings (Bode, Tyler, and Kinsey, respectively). Darby Stanchfield (Scandal) plays their mother, Nina.

And so here we are, and after all that, Netflix looks like it has another potential sleeper hit on its hands. The trailer presents Locke & Key as a richly realized tale blending fantasy and horror — with a massive production budget to boot. Check out the preview below, and catch the entire first season when it hits Netflix on February 7th.

Previous Story
Larry David has some very Larry David fashion advice: “You have to be half-dressed… Half is more”
Next Story
Megadeth declare they are officially “back” following Dave Mustaine’s cancer battle
Popular
More Stories
[fu-upload-form form_layout="media" title="Submit Your Photo"][input type="hidden" name="ugc" value="1"][/fu-upload-form]