All the pretty, pretty ... pretty good ideas from the manic mind of Larry David 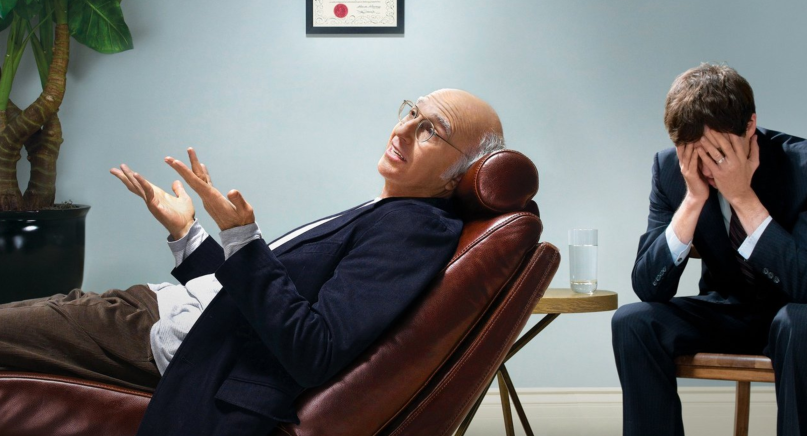 Top Episodes is a feature in which we handpick the definitive best episodes of a groundbreaking, beloved, or otherwise awesome television series.

In December 1997, I threw up on Jason Alexander.

Well, maybe it was at his feet – the jury’s still out.

Alexander, then about to enter his final season portraying the neurotic and quick-tempered George Costanza, was enjoying a pleasant breakfast buffet in Maui. Almost seven years old and raised in a household where Seinfeld was routinely on TV, I had seen him around the resort for a few days, always too nervous to say anything. On my last morning before flying back home, my parents pushed me to approach his table; who could say no to an (allegedly) cute first grader?

But something happened on the short walk across the restaurant – my stomach started to churn, later giving way to the flu. When I opened my mouth to speak, only vomit came out.

Since the last season of Seinfeld had likely been written at this point, I’ve long been curious why this incident never made it into Curb Your Enthusiasm, Larry David’s LA-based comedic tour de force, assuming Alexander told his producer and co-stars about the episode. But on second thought, it makes sense my story was never a random side plot – it wasn’t petty enough.

David, the real life version of George Costanza, complains and argues his way through dinner parties, frozen yogurt lines, celebrity birthday parties, memorial services, and virtually everywhere in Los Angeles, Manhattan, and at one point, a Parisian parking lot. Over the course of eight seasons, David and his friends with extremely high tolerances for bullshit float in and out of some of the most awkward and cringeworthy situations ever put on the small screen.

Of course David couldn’t have included a story about a kid puking up breakfast at his feet because he first had to fight back against stop and chatters, teach a girl scout how to use a tampon, fire a chef for wearing a toupee, and argue with David Schwimmer’s father about the ratio of cashews to raisins in a trail mix package.

As our favorite bald respecter of wood returns this week, we decided to revisit our favorite Curb episodes, chock full of hair-raising awkwardness and some of the funniest one-liners in TV history.

And almost 20 years later, if by any chance you’re reading this Jason, I’m sorry.